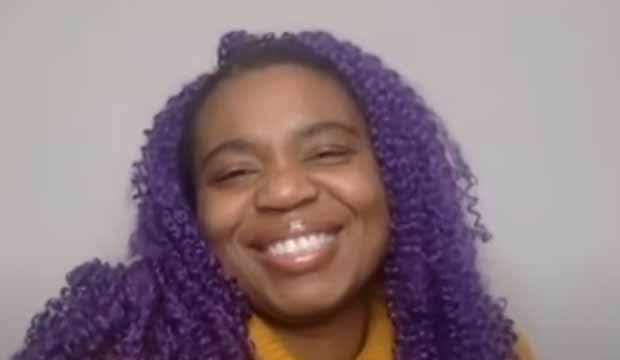 The award-winning playwright (“The Mountaintop”) Katori Hall spent six years research and writing “Pussy Valley,” which revolves around the lives and loves of the employees of a strip club The Pynk in the fictional city of Chacalissa, Mississippi. But when she saw the premiere at the Mixed Blood Theatre in 2015, she realized “Pussy Valley” didn’t work as a play.  It needed to be a TV series.

“P-Valley” premiered on Starz last July to rave reviews and was renewed for a second season within weeks of its debut. The series has garnered one Image Award and 11 more nominations including the Gotham Independent Film Award for best breakthrough series-longform. And the series is garnering strong Emmy buzz in the drama categories.

In a recent Deadline Zoom conversation, Hall acknowledged that the 3 ½ hour play just had too much going on. “It was in the wrong package,” she noted, realizing “it’s supposed to be a story that you can spend 10 years with. I quickly saw that, pivoted, and went through the development process where Starz ended up being the only place that said ‘yes.’ But as I always said, all you need is one ‘yes.’ The supported me, literally to do whatever I wanted to.” But she noted that the cable network briefly talked to her about adding subtitles. “It came up, it came up,” said Hall. “It quickly was dead and mostly because they were very respectful and understand these people speak English. They are not speaking another language. They’re just black people who have a sense of style to their tongue, this vernacular of this language.”

“P-Valley” stars Brandee Evans as Mercedes, a veteran stripper who is planning on leaving the club. She is also the mother of Patrice (Harriet D. Foy), a devout Christian. And Nicco Annan, who starred in the original production, plays Uncle Clifford, the non-binary owner and operator of the Pynk suffering from financial difficulties that may cause him to lose the club. Isaiah Washington plays the town’s mayor and Loretta Devine recurs as Uncle Clifford’s grandmother.

Hall explained that the series’ guiding principal “our lighthouse, our bullseye” is the “female gaze. Historically you look at cinema, you look at TV and if there’s something set in a strip club, usually the women are in the background, you don’t even see their heads, you just see their breasts and you kind of cut off from their soul. I always really wanted to place the audience in the platform heels of the dancers to the point where I want people to feel the wobble.”

Though there are men in the series, Hall noted, they are in service of the female characters. “Just looking at the blueprint, women are at the center. We think a lot and talk a lot about hyper-sexualization of black women historically in cinema. For me, it’s about showing these women as strong beautiful beings. That it’s not about their sexuality. That it’s more about their strength. We really focused on making sure that the show wasn’t about how a woman’s body looked, but what’ s women’s body could do.”

Evans described Mercedes’ arc in the first season as a “rollercoaster ride,” praising Hall for making sure her character wasn’t one-note. “That was one of the main things that made it so exciting for me to be offered this role because she’s not just a dancer at a club. She’s a mother, she’s a daughter, she’s a mentor to some of the girls. It’s been a huge journey.”

Both Annan and Evans have received a lot of feedback from the fans of the series.  “I don’t think it’s something that you may have been on television before because it’s so much love that we are receiving,” said Annan. “I think it’s what you see in the mirror every day. Regardless of if you’re queer, regardless of your race. “I think it’s something that people are seeing bits of themselves or bits of their families. I think that people are seeing themselves reflected back to them in an authentic way.”

The evocative cinematography plays a part in the series’ success. Cinematographer Richard Vialet said Hall “wanted this aesthetic called Delta Noir, which was sort of bright neon colors with the shadows and light play of classic film noir.