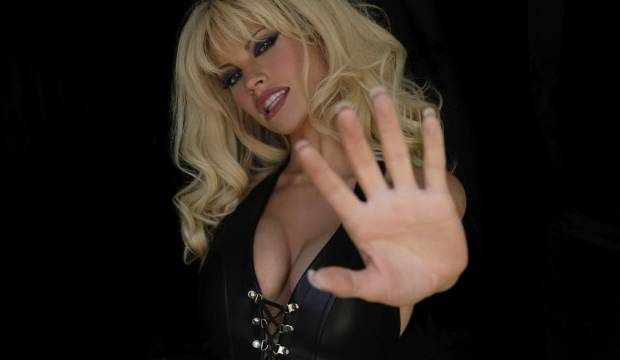 Awards pundits making early lists for contenders in the Best Limited Series category at the 2022 Emmy Awards might want to leave room for Lily James if the first trailer for “Pam & Tommy” is any indication.

Months after photos of James as Pamela Anderson burned up the internet, Hulu released the first teaser for its highly anticipated project, which focuses on the ill-fated romance between Anderson and Motley Crue drummer Tommy Lee (Sebastian Stan), their explosive sex tape, and the legal fallout from its release. “I, Tonya” filmmaker Craig Gillespie directed the eight-episode series, which was written by Rob Siegel and D.V. DeVincentis. In addition to James and Stan, the series stars Seth Rogen, Nick Offerman, Taylor Schilling, and Andrew Dice Clay.

“The writing is amazing on that. It’s funny, I was just so intrigued with the story and, in some ways, it’s very similar to ‘I, Tonya’ with the surprise of it,” Gillespie said earlier this year in an interview with Collider. “There’s the victimization of the media and what happened with that tape that was such an affront to them, and how it really ultimately severely damaged their personal life and her career. There’s this situation with the public who snicker and go, ‘Oh, yeah, I know that story. They sold it.’ But people just don’t know the story.”

PREDICTthe 2022 Oscar nominees through February 8Make your predictions at Gold Derby now. Download our free and easy app for Apple/iPhone devices or Android (Google Play) to compete against legions of other fans plus our experts and editors for best prediction accuracy scores. See our latest prediction champs. Can you top our esteemed leaderboards next? Always remember to keep your predictions updated because they impact our latest racetrack odds, which terrify Hollywood chiefs and stars. Don’t miss the fun. Speak up and share your huffy opinions in our famous forums where 5,000 showbiz leaders lurk every day to track latest awards buzz. Everybody wants to know: What do you think? Who do you predict and why?