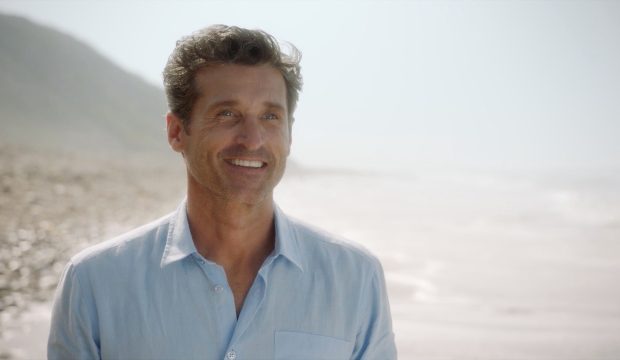 Patrick Dempsey played Dr. Derek Shepherd on “Grey’s Anatomy” for a decade, winning praise from fans and broad mainstream fame by starring in the hit ABC drama. But one plaudit always eluded the show’s male lead: an Emmy nomination for his performance as the wildly successful surgeon. Now, thanks to his unexpected return to the show, that could all change.

Dempsey shocked longtime fans when he appeared on “Grey’s Anatomy” last fall as Dr. Shepherd, who died on the show but came back to visit Meredith Grey (Ellen Pompeo) as she drifted in and out of consciousness while battling coronavirus symptoms. As a result of his surprise appearance, Dempsey is on the 2021 Emmy Awards ballot in the Best Guest Actor in a Drama Series category.

Dempsey isn’t the only dearly departed “Grey’s Anatomy” character who featured in the show’s 17th season: T.R. Knight, who played George O’Malley on the Shonda Rhimes series for five seasons, also made a guest appearance. Like Dempsey, Knight is on the ballot in the Best Guest Actor in a Drama Series category as well. (Knight was a Best Supporting Actor in a Drama nominee for “Grey’s Anatomy” at the 2007 ceremony.)

Dempsey left “Grey’s Anatomy” in 2015 while in the middle of a two-year contract extension. His exit was a shocker.

“It just sort of evolved. It just kind of happened,” Dempsey told Entertainment Weekly at the time of Shepherd’s death. “It was something that was kind of surprising and uh, just naturally came to be. I like the way it has all played out.”

But despite the unexpected exit, Dempsey’s guest appearance was facilitated by his connection to Pompeo (on the ballot this year in the Best Actress in a Drama category). As she explained last year, Pompeo broached the subject of his return during a hike on the beach. Dempsey was further excited about the appearance because of how “Grey’s Anatomy” responded to the pandemic with support for frontline workers.

“We hadn’t spoken or been together for a while. It was a great opportunity to catch up and say, okay, what can we do for all the frontline responders?” said Dempsey last year. “I’ve been tracking what Grey’s had been doing with giving masks, and making sure that people had the right equipment, and it came from that place—OK, what can we do to make people feel better, to give some comfort in this time of uncertainty, and that’s how it began.”

During his return episode, Dempsey appeared as Dr. Shepherd on a beach where Meredith’s soul went to wait while her body battled against the effects of coronavirus in the real world. “Certainly working at the beach, and seeing everybody again was really a very healing process, and really rewarding, and a lot of fun,” Dempsey said last year. “And hopefully, that feeling translates, and the fans enjoy it. I know that they’ve been wanting us to get back together, and I think this will satisfy a lot of people, and surprise a lot of people, hopefully.”

'Abbott Elementary,' 'Yellowjackets' are the shows you'll start watching thanks to Emmy nominations…