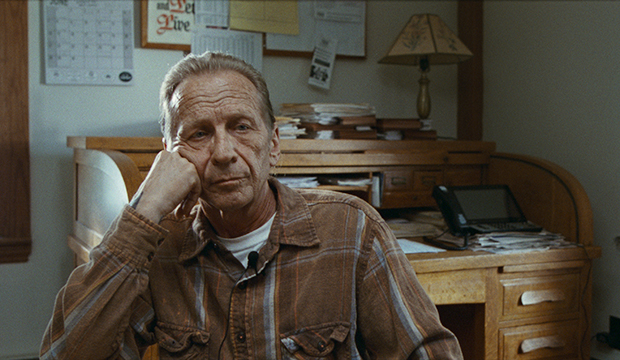 While “Sound of Metal” standout Paul Raci has won by far the most critics’ awards for Best Supporting Actor, this has not translated to two of the biggest Oscar precursors. The Golden Globes and Screen Actors Guild Awards did not nominate Raci in their respective supporting actor categories, even while nominating his co-star Riz Ahmed in Best Actor. This has left some awards prognosticators feeling wary of Raci’s Oscar chances, especially considering he was not a well-known actor before this breakout performance. Raci was just nominated at the Critics Choice Awards, which is not a surprise considering all those other critics’ awards, but it is still a sign that he’s not out of it just yet.

All things considered, Raci was always going to struggle to get in at the Golden Globes and SAG Awards. The Globes are known for wanting stars to come to the party, virtual or not, and Raci doesn’t quite fit the profile of Oscar nominees like Sacha Baron Cohen (“The Trial of the Chicago 7”), Daniel Kaluuya (“Judas and the Black Messiah”) and Bill Murray (“On the Rocks”), Oscar winner Jared Leto (“The Little Things”) and Tony winner Leslie Odom Jr. (“One Night in Miami”). The SAG omission was a little more egregious, but not entirely, considering they also have a fondness for more well-known names.

So how can Raci make up for those misses? Thanks to Ahmed’s continued presence in various Best Actor lineups, “Sound of Metal” is one of the highest-priority screeners this year, indicating that voters are at least seeing Raci’s performance, which can sometimes be half the battle. The only three actors to land nominations at the Golden Globes, SAG and Critics Choice are Baron Cohen, Kaluuya and Odom, and assuming they are all safe for Oscar bids, there are two more spots up for the taking. The other two SAG nominees are Leto and Chadwick Boseman for “Da 5 Bloods,” the latter of whom is also in at Critics Choice. Smart money would suggest five of the six names at Golden Globes and SAG will be our final Oscar nominees, but it’s never really that simple.

What may work in Raci’s favor is that his direct competition for those final two slots is far from undeniable. Boseman isn’t in much of “Da 5 Bloods,” and voters may feel content acknowledging him for “Ma Rainey’s Black Bottom” in Best Actor, where he is the frontrunner. Leto is showy in “The Little Things,” playing a suspected serial killer, but the movie received mixed reviews overall. Murray is in fine form in “On the Rocks,” but that film doesn’t have traction in any other categories and he’s mostly understated.

That gives an opening for Raci, who is also quite subtle but effective, representing the type of mentor role we tend to see in this category. Some academy voters may also be galvanized to put Raci in their No. 1 position after those precursor omissions to ensure he gets in at the Oscars.