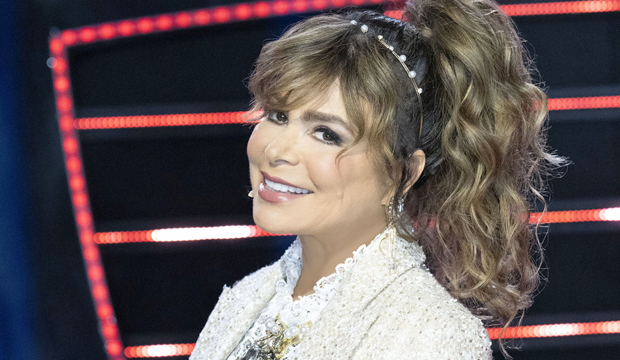 After six episodes of “The Masked Dancer,” Paula Abdul has officially taken the lead in the competition going on at the judges’ table. She now has two correct guesses — Brian McKnight as Cricket and Jordin Sparks as Exotic Bird — while her fellow panelists only have one apiece. Paula had an unfair advantage when it came to the Exotic Bird as she’s worked with Jordin before on Season 6 of “American Idol,” which she won. “I wanna hug you but I know we can’t!” Jordin proclaimed after being unmasked in the sixth episode. Scroll down for the updated list of judges’ correct guesses.

SEEJordin Sparks (‘The Masked Dancer’ Exotic Bird) unmasked interview: ‘I can show my son that it’s okay to do things that scare you’

As it turns out, Paula was so confident when it came to naming the celebrity hiding inside the Exotic Bird costume that Ashley Tisdale shamelessly copied her guess. “I really felt like you were Kat Von D [and later] Khloe Kardashian,” Ashley stated at first. “But the fact that you know Paula and I think Paula is really good at guessing, she has proven it, I am gonna jump on her train and I am gonna go with Jordin Sparks.” That savvy move put Ashley on the board with her first point of the year.

Paula’s first correct guess of “TMD” Season 1 came in the fourth episode. During Cricket’s final performance to “This Is How We Do It,” there were several backup dancers with clock masks all frozen at 1:00. Paula took that to be a hint to Brian McKnight’s hit record “Back at One,” which was 100% true. “You’re not a trained dancer, but you certainly know how to perform,” she correctly surmised.

As for the two male judges, Ken Jeong was the first on the board when he predicted Bill Nye was the Ice Cube, and Brian Austin Green followed soon after by naming Elizabeth Smart as Moth. There are four masked dancers in the competition — Cotton Candy, Tulip, Zebra and Sloth — which means there’s still time for any of the panelists to overtake Paula in the season-long guessing game.