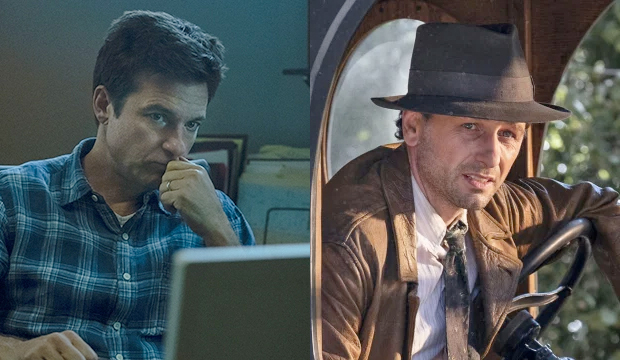 At last year’s Screen Actors Guild Awards, Peter Dinklage finally won a trophy for playing Tyrion Lannister on “Game of Thrones.” The victory was a long time coming, as he’d been nominated a total of six times in the individual SAG race and seven more times as part of the ensemble (which never prevailed). Now that Dinklage is ineligible because “Game of Thrones” has left the airwaves, who might take up the mantle and win Best TV Drama Actor? The two likeliest contenders, according to Gold Derby odds, are Jason Bateman (“Ozark”) and Matthew Rhys (“Perry Mason”).

SEESterling K. Brown has never missed a SAG nom for ‘This Is Us,’ and he shouldn’t this year thanks to ‘Birth Mother’

Bateman won this individual SAG category the last time he was eligible for “Ozark” for playing money launderer Marty Byrde. He was also nominated that year as part of the “Ozark” ensemble, which lost to “This Is Us.” Previously he contended for “Arrested Development,” twice individually and thrice as a member of the cast. In the third season of the gritty Netflix drama, the Byrde family found themselves getting deeper and deeper in trouble with the Mexican cartel. Gold Derby also predicts noms for Bateman’s co-stars Laura Linney and Julia Garner in the female actor category.

Rhys is looking for his first individual career nomination from the actors guild after previously earning a bid as part of “The Americans” ensemble. He won an Emmy for playing Russian spy Philip Jennings on the final season of that drama. Now he’s contending for an entirely different role, as 1930s defense attorney Perry Mason in HBO’s new series. The iconic character is based on Erle Stanley Gardner‘s novels and short stories, which were previously adapted into the popular TV series led by Raymond Burr (1957–1966).

Besides Bateman and Rhys, who else might contend at the SAG Awards for Best TV Drama Actor? According to Gold Derby predictions, you should watch out for the likes of Sterling K. Brown (“This Is Us”), Bob Odenkirk (“Better Call Saul”), Josh O’Connor (“The Crown”), Jonathan Majors (“Lovecraft Country”), Tobias Menzies (“The Crown”) and Tom Pelphrey (“Ozark”), among others.

The 2021 Screen Actors Guild nominations will be announced February 4 for both film and television. The ceremony will take place April 4, but there’s no word yet on how the proceedings might be affected by the ongoing Covid-19 pandemic.