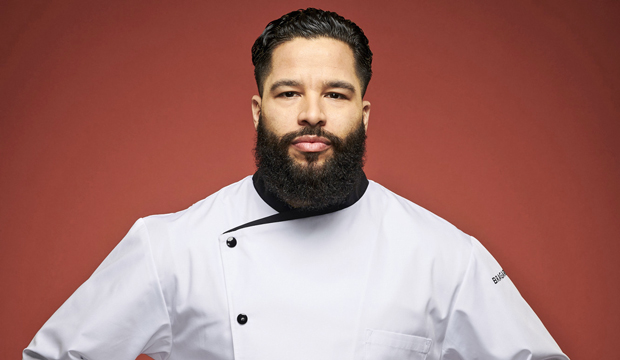 Usually on “Hell’s Kitchen,” host Gordon Ramsay decides who goes and who stays. But during the fifth episode of Season 19, one aspiring chef made the decision easy for him. Citing “mental pain and negativity,” Peter Martinez threw in the towel during dinner service and voluntarily quit Fox’s long-running reality TV show. That makes him the sixth person to leave this Las Vegas edition, following Kenneth McDuffie, Eliott Sanchez, Fabiola Fuentes, Drew Tingley and Brittani Ratcliff.

“If this is what it takes to be an executive chef, then the facts are there: I am not ready,” Peter explained after he exited the restaurant. “I don’t believe that every executive chef that’s established in the world has gone through all this mental pain and negativity. No amount of money is worth that stress.” Fighting back tears, the New Jersey sous chef concluded, “I just need to get back home. I miss my family.”

Peter’s troubles started one week earlier when he kept messing up at the fish station, resulting in his Blue Team getting booted from dinner service. Peter and Marc Quinones were nominated for elimination by their teammates that week, but Ramsay opted instead to eliminate the Red Team’s Brittani because of her inexperience.

Cut to this week and Peter was still having confidence issues in the kitchen. After Peter required Cody Candelario‘s help on the garnish station, Ramsay pulled all of the Blue Team members into a huddle and asked if they had the qualities to run his Lake Tahoe restaurant. Everyone said yes … except for Peter. “Take your jacket off and f*** off,” Ramsay barked unapologetically.

With Peter no longer on the show, the Blue Team (Cody, Marc, Adam Pawlak, Declan Horgan, Josh Oakley and Amber Lancaster) finished a successful dinner service. Similarly, the Red Team (Jordan Savell, Kori Sutton, Lauren Lawless, Mary Lou Davis, Nicole “Nikki” Hanna and Syann Williams) also enjoyed the spoils of victory. Ramsay decided to reward the 12 remaining chef-testants by not eliminating anyone else at the end of the episode.

Were you surprised that Peter decided to say adieu to his dreams of becoming Ramsay’s next apprentice? Or did he make the right decision because he simply wasn’t ready yet? Be sure to sound off down in the comments section.