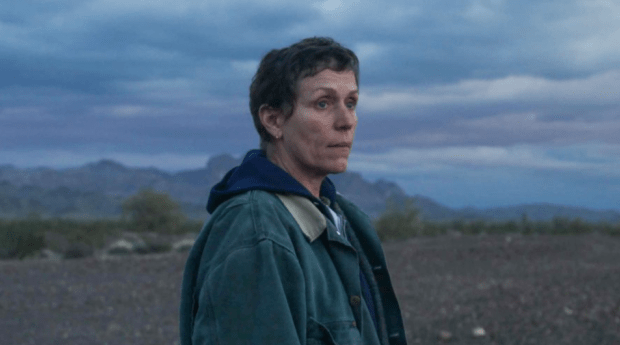 The 2021 Producers Guild of America Awards took place on Wednesday, March 24 during a virtual ceremony. The PGA has been one of the most reliable Oscar predictors around during its 31-year history, with 21 of their winners going onto prevail at the Academy Awards. That’s thanks in large part to the fact that both the guild and the academy use the same voting system – the preferential ballot – to determine a Best Picture victor.

This year, the guild overlapped with the academy on seven titles: “Judas and the Black Messiah,” “Mank,” “Minari,” “Nomadland,” “Promising Young Woman,” “Sound of Metal” and “The Trial of the Chicago 7.” The PGA lineup was rounded out by “Borat Subsequent Moviefilm,” “Ma Rainey’s Black Bottom” and “One Night in Miami,” with the eighth Oscar nominee – “The Father” – missing from their Top 10.

For Best Animated Feature, the guild and the academy aligned four-for-five, with Oscar contenders “Onward,” “Over the Moon,” “Soul” and “Wolfwalkers” making the cut at both. Only Oscar nominee “A Shaun the Sheep Movie: Farmageddon” was missing, with “The Croods: A New Age” taking its place at PGA.

On the TV side, the drama contenders were “Better Call Saul,” “Bridgerton,” “The Crown,” “The Mandalorian” and “Ozark,” while the comedy nominees were “Curb Your Enthusiasm,” “The Flight Attendant,” “Schitt’s Creek,” “Ted Lasso” and “What We Do in the Shadows.”

“I May Destroy You,” “Normal People,” “The Queen’s Gambit,” “The Undoing” and “Unorthodox” received bids in Best Limited Series, while “Bad Education,” “Christmas on the Square,” “Hamilton,” “Jane Goodall: The Hope” and “What the Constitution Means to Me” earned nominations in Best TV Movie.

Below, check out our minute-by-minute report on this years PGA Awards winners list. (all times in PT.)

5:01pm: Host Tracee Ellis Ross kicks things off, preparing everyone for the trials and tribulations of a virtual awards ceremony.

5:22pm: “Sound of Metal” star Riz Ahmed presents the Best Documentary Feature prize to “My Octopus Teacher.” The Oscar-nominated doc beat out fellow Oscar-nominee “Time.” Is this a sign of things to come? Both films contend at the Academy Awards against “Collective,” “Crip Camp” and “The Mole Agent,” none of which were nominated by the guild.

5:25pm: Emmy-winner Darren Criss presents a lightening round of categories: “Carpool Karaoke: The Series” for Best Short Form Series, “Defying Gravity: The Untold Story of Women’s Gymnastics” for Best Sports Program and “The Power of We: A Sesame Street Special” for Best Children’s Program.

5:47pm: Up next is Best Animated Feature, and it’s no surprise as Mindy Kaling presents the award to Oscar frontrunner “Soul.” Producer Dana Murray thanks her crew for completing the film while in COVID lockdown.

5:49pm: Real life nomad Swankie presents the clip from “Nomadland,” joking that if you’d asked her what the PGA was this time last year, “I’d have told you it was a golf tournament.”

5:57pm: “Normal People” star Paul Mescal presents the prize for Best TV Movie to “Hamilton,” pointing out that this prize is a little complicated this year considering so many films that were intended for theatrical distribution premiered on streaming instead due to the pandemic. Director Thomas Kail accepts the prize, expressing his intent to honor creator Lin-Manuel Miranda’s vision with this filmed version of their blockbuster stage hit.

6:01pm: “Wonder Woman” herself, Gal Gadot, presents the award for Best Limited Series to “The Queen’s Gambit.” No surprise here, as it’s already won this award at the Golden Globes and Critics Choice Awards. So producer William Horberg might want to get that Emmy speech ready.

6:15pm: Up next is Best Drama Series, and it’s no surprise here as Sarah Jessica Parker presents yet another award to “The Crown.” Given its recent victories at the Golden Globes, Critics Choice and WGA, it seems creator Peter Morgan might need to make some room on his shelf come Emmy time.

6:24pm: Nicole Kidman presents the final award of the night to Oscar frontrunner “Nomadland.” Given the PGA’s extraordinary accuracy rate at predicting the eventual Best Picture winner (21 times in 31 years, including seven since both organizations switched to 10 nominees), you have to figure this is a major boon to its chances, especially considering it just won big at the Golden Globes and Critics Choice Awards.