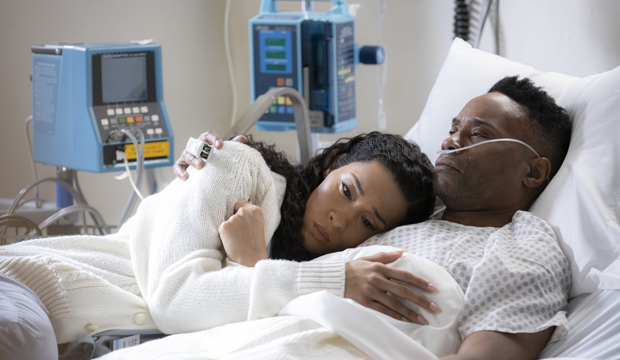 Awards pundits think the third (and final) time will be the charm for “Pose” at this year’s Screen Actors Guild Awards. The heralded drama series went off the airwaves earlier this year, which means it’s the last chance for SAG Awards voters to honor the show with its first-ever nominations. For its first two seasons, lead actor Billy Porter and lead actress Mj Rodriguez were both snubbed, as was the show’s ensemble cast. But Gold Derby’s SAG Award nominations predictions think that egregious oversight is about to be corrected.

The Ryan Murphy-produced drama series about LGBTQ+ ballroom culture in the 1990s comes in fourth place to win TV Drama Ensemble, behind only “Succession,” “The Morning Show” and “The Handmaid’s Tale.” Besides headliners Porter and Rodriguez, other potential SAG Award nominees include Indya Moore as Angel, Angel Bismark Curiel as Lil Papi and Dominique Jackson as Elektra. However, as the guild doesn’t distinguish between leads and supportings on the TV side, it’s always tougher for featured players to break through. The good news is that “Pose” is coming off its biggest haul ever at the Emmy Awards, winning trophies for hairstyling, makeup and costumes.

For his role as Pray Tell, the HIV-positive host of ballrooms, Porter won an Emmy in 2019 and earned two additional bids. Now our odds-makers think he’ll contend for his first SAG Award nomination for the dynamic character. His competition in TV Drama Actor will likely consist of Jeremy Strong (“Succession”), Brian Cox (“Succession”), Billy Crudup (“The Morning Show”) and Sterling K. Brown (“This Is Us”).

The Screen Actors Guild Awards nominations will be announced on January 12, honoring the best performances in television and film for the 2021 calendar year. The TV Drama Ensemble race is one of the most up-in-the-air categories, as it notably will have 100% turnover. Indeed, not a single one of last year’s nominees (“The Crown,” “Better Call Saul,” “Bridgerton,” “Lovecraft Country” and “Ozark”) are eligible to repeat again.