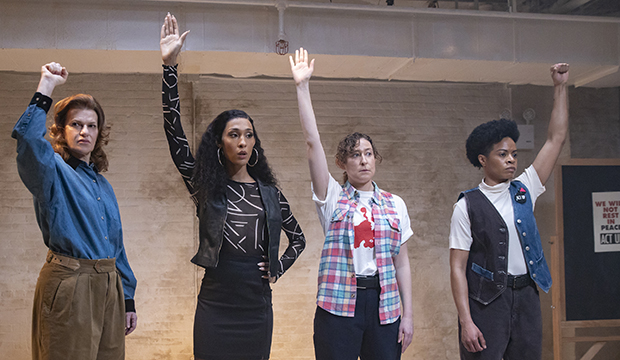 Despite winning Emmys, a Peabody and earning dozens of nominations from other awards groups, the groundbreaking FX drama “Pose” has yet to be nominated for a single Screen Actors Guild Award. Not even star Billy Porter can call himself a SAG Award nominee despite winning the Best Drama Actor Emmy in 2019. But the show just had its best showing at the Emmys yet with three wins and six other nominations for its third and final season, including a bid for Mj Rodriguez, who made history as the first openly trans person nominated for a lead acting Emmy. Can the series finally break in at SAG with this momentum?

The “Pose” cast currently ranks fourth in Gold Derby’s latest odds for drama ensemble at the upcoming SAG Awards. The series is tied at 9/2 odds with the third place series, “The Morning Show,” both of which are below “Succession” and “The Handmaid’s Tale.” What should help “Pose” break through this year is the lack of the usual suspects competing in this category — two-time defending champ “The Crown,” “Ozark,” “Better Call Saul” and former winner “Stranger Things” are among the many perennial nominees that are not eligible at the 2022 SAG Awards.

SEE Watch our interviews with the ‘Pose’ cast and crew

What would make a “Pose” nomination so exciting, though, is the wealth of trans talent who will finally be rewarded on an industry level. Rodriguez got her flowers at the Emmys, but she was the only trans performer to earn recognition from the TV academy. An ensemble nomination would recognize not only Rodriguez but Indya Moore, Dominique Jackson and Hailie Sahar, who have all starred on the series since the first season. It would also mean recognition for the show’s accomplished cisgender men, like Porter and the highly underrated Angel Bismark Curiel and Dyllón Burnside. Industry veteran Sandra Bernhard would also get her first SAG honors with this ensemble nomination.

As for the individual SAG categories, Porter is expected to earn a drama actor bid, though his position is precarious at fifth place in our odds. Rodriguez’s chances are a bit better in the drama actress category, where she ranks in fourth place. To go from zero nominations to three for its final season would be a huge win for “Pose,” a sign that actors are finally ready to give them their overdue seat at the table.