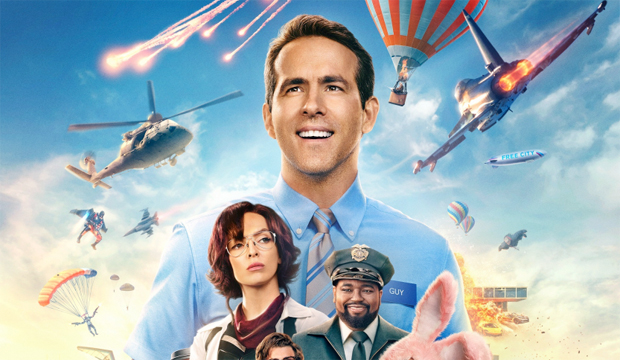 Beginning right now at Gold Derby, you can predict which movies will earn the #1 through #5 spots at the U.S. box office for this weekend, August 13 – August 15. You can also forecast how much money the weekend’s highest-grossing film will rake in. Hurry and make your first predictions right now — it’s fun and easy! Each week the eligible user with the highest prediction accuracy will win a $100 Amazon gift card, eternal bragging rights and a spot on our box office 2021 leaderboard.

Opening this Friday are a trio of films — “Free Guy,” “Respect” and “Don’t Breathe 2” — that will try to take down the reigning box office champ, “The Suicide Squad.” Directed by James Gunn, that DC Extended Universe movie earned $26 million over the weekend, with countless more fans streaming it on HBO Max. Can any of the new entries make a dent in “The Suicide Squad’s” upcoming ticket sales?

“Free Guy” (dir. Shawn Levy) stars Ryan Reynolds as a video game character named Guy who begins to realize the world around him is not as it seems. The movie prides itself on having a truly original story, compared to all of the sequels, prequels and remakes that filmgoers have grown accustomed to.

“Respect” (dir. Liesl Tommy) is a biographical film that tells the life story of Aretha Franklin, played by Oscar winner Jennifer Hudson (“Dreamgirls”). Before her death in 2018, Franklin herself was involved in the development of this project. Forest Whitaker takes on the role of her father, Baptist minister C. L. Franklin

“Don’t Breathe 2” (dir. Rodo Sayagues) is the sequel to the surprise 2016 hit “Don’t Breathe,” featuring Stephen Lang as Norman Nordstrom, an anti-villain with a twisted sense of morality. The original title earned a whopping $89 million at the domestic box office, from an estimated budget of less than $10 million.