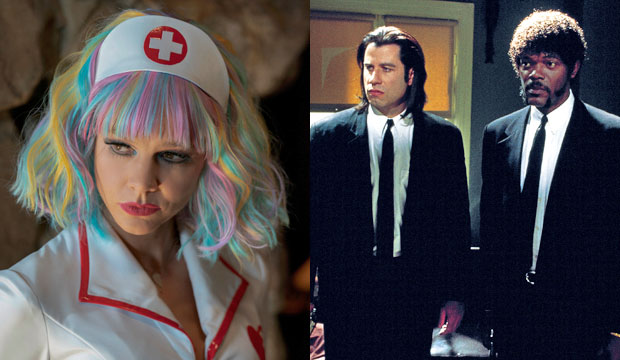 You wouldn’t necessarily think the highfalutin Oscars would have much in common with the fan-voted MTV Movie and TV Awards given how dramatically their demographics diverge. But there have been a three instances when the MTV audience and the motion picture academy have agreed on Best Picture (“Titanic” in 1998, “Gladiator” in 2001, and “The Lord of the Rings: The Return of the King” in 2004) and even more times when an Oscar also-ran ended up winning with the MTV crowd. This year that could be “Promising Young Woman.”

Five films that lost their Best Picture nominations at the Oscars won at these kudos: “A Few Good Men” (1993) “Pulp Fiction” (1995), “The Lord of the Rings: The Fellowship of the Ring” (2002), “The Lord of the Rings: The Two Towers” (2003), and “Black Panther” (2018). In the last three of those cases, MTV voters were more open to blockbuster genre films than the academy was. For “A Few Good Men,” it didn’t hurt that its stars Demi Moore and Tom Cruise were at the peak of their star power. And “Pulp Fiction” beat “Forrest Gump” likely because, in addition to being a box office hit, it was an edgier choice that appealed to younger movie fans.

The “Pulp Fiction” example may be especially relevant to “Promising Young Woman.” Both films won Best Original Screenplay as their only Oscars, and both blended crime, humor, and violence in unique ways. Based on the combined predictions of Gold Derby users as of this writing, that will be a winning formula for “Promising,” which is the front-runner for Best Movie with 11/2 odds. It’s backed by 17 of the Top 24 Users who got the highest scores predicting the last MTV Movie and TV Awards, and by 14 of the All-Star Top 24 who got the highest scores when you combine the results from the last two MTV Awards’ ceremonies.

This year’s awards are uniquely challenging to predict, though. Because of the COVID-19 pandemic, we don’t have the usual metrics by which we can gauge a film’s popularity, especially box office totals. All five of this year’s nominees were available from streaming services or to stream on demand: in addition to “Promising,” the Best Movie nominees are Netflix’s “To All the Boys: Always and Forever,” Amazon’s “Borat Subsequent Moviefilm,” Disney+’s “Soul,” and Warner’s “Judas and the Black Messiah” (which streamed on HBO Max). Which of those films got the most eyeballs is uncertain. And it’s equally tricky to figure out which will get the most votes.