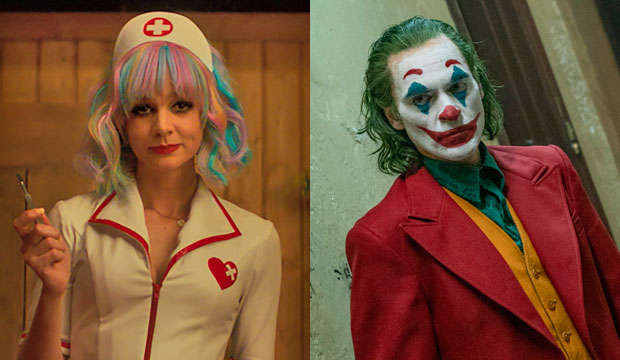 When a man is mad as hell and not gonna take it anymore, the Oscars are more likely to take notice than when a woman is. That’s largely a function of overall gender disparities in Hollywood: when a man does just about anything, it’s more likely to be noticed by the Oscars than when a woman does. But this year “Promising Young Woman” is an especially pointed expression of female rage. Will the academy be more receptive to it than usual.

There have been examples of films centered on female anger or violence that have gotten attention, like the Oscar wins for Kathy Bates (“Misery”) and Charlize Theron (“Monster”) and the Oscar nominations for Rosamund Pike (“Gone Girl”) and Rooney Mara (“The Girl with the Dragon Tattoo”), but none of those movies were nominated for Best Picture, and in the cases of “Misery,” “Monster” and “Gone Girl,” those films were only nominated for their lead-actress performances.

SEEWriters of ‘The Life Ahead’ and ‘Working Man’ discuss their creative processes: ‘You’re the king of the castle’ [EXCLUSIVE VIDEO INTERVIEW]

The protagonist of “Promising Young Woman” isn’t as violently vengeful as some of the above mentioned characters: Cassandra (Carey Mulligan) is still nursing a grudge after a friend’s sexual assault derailed both of their med school educations. The film’s body count doesn’t match some of the above examples, but if you have any question of Cassandra’s righteous fury, check her out with a tire iron.

Will the Oscars go for it? So far, the critics have gotten a head-start, with the Los Angeles Film Critics Association awarding the film Best Actress (Mulligan) and Best Screenplay (Emerald Fennell). And Chicago journos have nominated it for Best Picture and Best Director (Fennell) as well. But women are usually woefully underrepresented among Best Picture contenders.

SEE5 top TV showrunners reflect on their early careers in Hollywood: ‘I was absolutely obsessed with TV’ [EXCLUSIVE VIDEO INTERVIEWS]

Last year there was only one movie out of the nine nominees that centrally focused on women — the one that actually had women in the title, “Little Women.” Besides that, “Marriage Story” was the only other nominee with a female co-lead (Scarlett Johansson). “Parasite” had an ensemble that was fairly balanced between men and women. The other six were dominated by men:”Ford v Ferrari,” “The Irishman,” “Jojo Rabbit,” “1917,” “Once Upon a Time in Hollywood” and the aforementioned “Joker.”

That last example might be an especially meaningful comparison. Both Cassie and the Joker are motivated by furious outrage — though Cassie is far more sympathetic and not, you know, a maniacal comic book supervillain. “Joker” was this year’s most Oscar-nominated film with 11 bids including Best Picture and Best Director (Todd Phillips) for its divisive take on a troubled man who becomes dangerous when the world rejects him. “Promising Young Woman” feels almost like a response, showing the danger for women in a world that usually centers the feelings of those men.

SEECostume designers for ‘The Prom,’ ‘Sound of Metal,’ ‘Trial of the Chicago 7’ on their ‘incredibly different’ challenges [EXCLUSIVE VIDEO INTERVIEW]

We could also compare it to “Mad Max: Fury Road,” which was also about women revolting against abusive men. It was nominated for Best Picture (though not for any of its actors), but it still had a male title character joining their crusade. “Promising Young Woman” doesn’t have any such promising men at that level of importance to the story, so it’s asking the audience just to empathize with a woman, something the academy hasn’t always been eager to do whether or not it’s a story of revenge.

As of this writing Mulligan looks good for a Best Actress nomination, ranked fourth with 8/1 odds. Meanwhile, the film is on the bubble for Best Picture (54/1 odds) and Best Original Screenplay (16/1 odds). Do you think it’s early critical plaudits will build to top nominations from the academy?