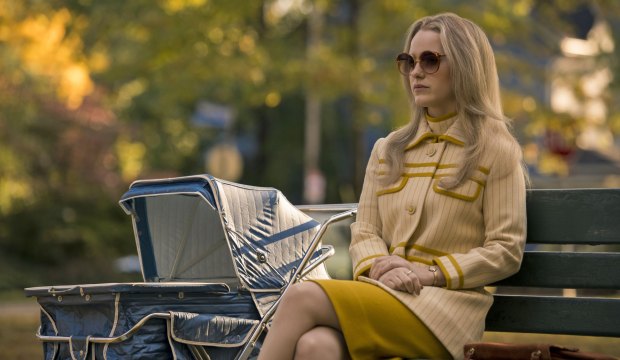 Rachel Brosnahan won Best Comedy Actress at the 2018 Emmys for her breakthrough performance in “The Marvelous Mrs. Maisel.” Now she’s a contender for big-screen kudos for a strikingly different performance in the Amazon crime thriller “I’m Your Woman.” Could her popularity on TV translate to success at the Oscars? She wouldn’t be the first Emmy-winning funny lady to get the attention of the motion picture academy.

Consider Mary Tyler Moore, who won a combined six Emmys for “The Dick Van Dyke Show” and “The Mary Tyler Moore” show between 1964 and 1976, and then a few years later claimed an Oscar nomination for a dramatic turn in “Ordinary People” (1980). Then Helen Hunt won four straight Best Comedy Actress Emmys for “Mad About You” (1996-1999), and during that run she won an Oscar for “As Good as It Gets” (1997).

Felicity Huffman won Best Comedy Actress for “Desperate Housewives” (2005) and then received an Oscar nom a few months later for “Transamerica.” Melissa McCarthy pulled off the same feat, winning the Emmy for “Mike and Molly” (2011) and earning an Oscar nom immediately thereafter for “Bridesmaids.” So Brosnahan would fit right into that pattern.

It doesn’t hurt that Brosnahan’s role in “I’m Your Woman” is markedly different from “Mrs. Maisel,” showing off her dramatic range as a woman forced to go on the run after her nefarious husband goes missing. Moore and Huffman earned their Oscar noms for playing against type in dramatic roles, and though Hunt’s performance in “As Good as It Gets” was also comedic, it had elements of pathos as she played a struggling waitress with a chronically ill son.

“I’m Your Woman” has been generally well received by critics, who have described Brosnahan’s performance as “engrossing” and “terrific.” And along the campaign trail she’ll be considered by the Golden Globes and Screen Actors Guild Awards, where she might have a leg up since she has won both awards for “Maisel” and is thus quite familiar to them. Since “Maisel” didn’t premiere any new episodes in 2020, this will be those voters’ only chance to honor her during this awards cycle. They already think she’s marvelous, so she might still be their woman even in a new role.