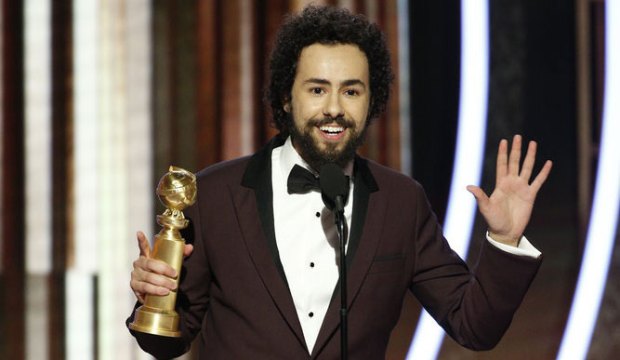 In the lead up to the announcement of this year’s Golden Globe nominations, we at Gold Derby were forecasting that the Hulu series, “Ramy,” would pick up three nominations. We thought creator and star, Ramy Yousef, would be back in the Best TV Comedy Actor category after winning it last year as well as getting nominations for Best Comedy Series and Best TV Supporting Actor for Mahershala Ali. In the end, only Yousef scored a nomination (and a corresponding nom at SAG the following day), but he could still end up pulling off a repeat win here for a couple of reasons.

The biggest reason not to count out Yousef is because the Hollywood Foreign Press Association loves to have repeat winners on the Musical/Comedy side of their television awards. In total, 16 performers have won multiple trophies for playing the same role:

Another factor to keep in mind is that there’s no immediate front-runner for the category at the moment. Three of his four competitors are up for shows that have a corresponding Best TV Series nomination: Eugene Levy for “Schitt’s Creek,” Jason Sudeikis for “Ted Lasso” and Nicholas Hoult for “The Great.” If those votes end up splitting a certain way, Yousef could come up the middle to claim the prize. The fifth nominee is Don Cheadle (“Black Monday”), who’s prevailed before in this same category for “House of Lies.”

What’s more striking is that Yousef faced the same type of competition last year when Michael Douglas (“The Kominsky Method”), Bill Hader (“Barry”) and Ben Platt (“The Politician”) all had their shows nominated for Best TV Series and he was still able to pull off a victory. Combine all that information with the fact that the voting body of the HFPA is only around 90-100 people and the idea of Yousef scoring a repeat victory is all of a sudden looking very possible.