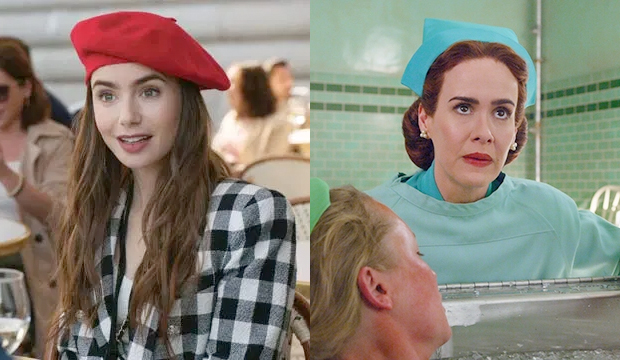 For months Gold Derby’s experts, editors and users have been making their TV predictions for the 2021 Golden Globes, and while collectively we got about 73% correct, that means we missed foreseeing about 27%. Among the jaw-dropping nominations from the 11 television categories are some hit programs we should have seen coming like comedy “Emily in Paris,” drama “Ratched” and limited series “Normal People.” Scroll down to see all 15 TV surprises in the Golden Globe nominations.

As for the limited series/TV movie leads, it was another 7-for-10 situation, only missing out on calling the bids for Daisy Edgar-Jones (“Normal People”), Bryan Cranston (“Your Honor”) and Jeff Daniels (“The Comey Rule”). In the two catch-all supporting TV races, Jim Parsons (“Hollywood”), Donald Sutherland (“The Undoing”) and Cynthia Nixon (“Ratched”) were the three nominees we should have seen coming.

Below, see all the television nominations that caught us off guard. Find out who wins the Golden Globe Awards in TV and film when the 78th annual ceremony airs February 28, 2021 on NBC. The dynamic duo of Tina Fey and Amy Poehler will host the bicoastal kudos after nearly two months of delay due to Covid-19.

SEE‘Bridgerton’ and 14 other Golden Globes snubs in TV