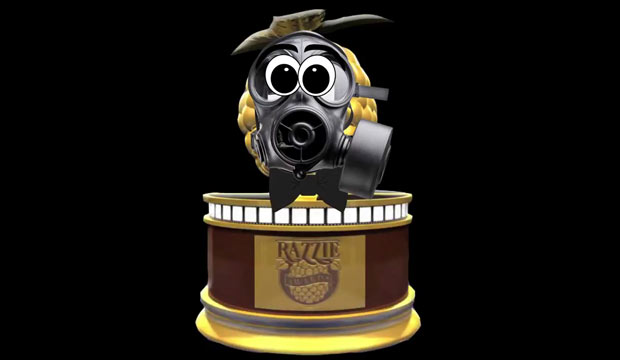 As is tradition, the Golden Raspberry Awards announced its winners on the eve of the Oscars. The Razzies, now in their 41st year, are a tongue-in-cheek ceremony that “honor” the worst films of the year. Scroll down for the full list of winners (and nominees) in all nine Razzie Awards categories ranging from Worst Picture to Worst Remake, Rip-Off, or Sequel.

Leading the 2021 Razzie Awards winners list is “Music,” Sia‘s ill-conceived film about the relationship between an autistic girl (Maddie Ziegler) and her newly sober half-sister (Kate Hudson). Sia won Worst Director while Ziegler, who is not autistic, and Hudson were singled out for acting dishonors.

“Music,” which was filmed in 2017, had been a surprise contender at the Golden Globes, earning bids for Best Musical/Comedy and for leading lady Hudson. Among those that Ziegler faced off against was Glenn Close for “Hillbilly Elegy,” who is also in contention at Sunday’s Oscars.

“Absolute Proof,” the documentary that detailed various conspiracies about the results of the 2020 U.S. presidential election, was named Worst Movie while its leading proponent, Mike Lindell (a.k.a., The Pillow Guy) won Worst Actor.

Another of Donald Trump‘s advocates, Rudy Giuliani, picked up two Razzies for his appearance in “Borat Subsequent Moviefilm.” He was named Worst Supporting Actor and shared in the Worst Screen Combo with his pants zipper for his encounter with Maria Bakalova who, like Close, is an Oscar nominee for Best Supporting Actress.

Two remakes — “Dolittle” and “365 Days” — were singled out with the former taking the catch-all category while the latter, a Polish version of “50 Shades of Grey,” took the screenplay award.

PREDICT Oscar nominees in all 23 categories; change them till March 15