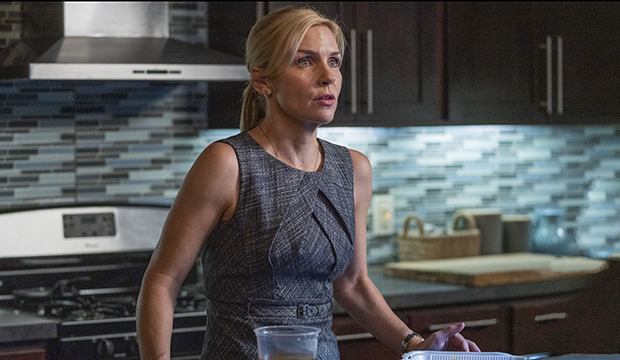 Rhea Seehorn, who steals every scene she is in as mostly by-the-book attorney Kim Wexler on “Better Call Saul,” has yet to take home a major award for her performance on the “Breaking Bad” spin-off. Although Seehorn has long been the best thing about the series (no offense to the rest of the fabulous cast), she has been snubbed time and again by Emmy voters and the Golden Globes’ voting body, the Hollywood Foreign Press Association. She has one Screen Actors Guild Award nomination as part of the show’s ensemble, but no individual citation in the group’s brutal single drama actress category. And while she was nominated for a Television Critics Association Award last summer, she ultimately fell to “Watchmen” star Regina King.

All of this is enough to make one think there might be a conspiracy afoot. However, all hope is not lost, as Seehorn could be on the cusp of finally taking home a much-deserved award for playing a character many critics have said to be one of the best on TV. Seehorn has been nominated for a Critics’ Choice Television Award for her work in Season 5 of the AMC series, which pulled the curtain back to reveal a darker, more unpredictable side of Kim. The actress is currently in third place in Gold Derby’s odds for the Best Drama Supporting Actress race, with one editor predicting her to triumph.

Seehorn is currently trailing No. 2 Julia Garner (“Ozark”), who, like Seehorn, was also nominated for the award two years ago (both lost to “Westworld” star Thandie Newton). Although Garner has twice won the corresponding Emmy, she and Seehorn both currently trail Gillian Anderson, who sits in first place and is nominated for her portrayal of Margaret Thatcher in the most recent season of Netflix’s “The Crown.” (Rounding out the predictions are “Lovecraft Country’s” Wunmi Mosaku in fourth place, followed by “Ozark’s” Janet McTeer and “The Outsider’s” Cynthia Erivo.) While Anderson appears to have a sizable lead at the moment, it could be due to recency bias; “The Crown” debuted in November, while “Better Call Saul” premiered late last February, meaning the show is likely not at the forefront of anyone’s memory. In everyone’s defense, a lot has happened in the months since.

Although timing might not be on Seehorn’s side, working in her favor is the fact that critics have long been the biggest champions of not only “Better Call Saul” but Seehorn’s performance. Critics’ Choice voters seem to like the actors of “Better Call Saul” overall, much more than Emmy voters, anyway. Leading man Bob Odenkirk has twice taken home the award for Best Drama Actor for his portrayal of Jimmy McGill/Saul Goodman, while Jonathan Banks has won once for Best Drama Supporting Actor; both are nominated again this year. Lest we forget, Odenkirk and Banks were both snubbed by the Emmys last year after having been nominated for the first four seasons. Meanwhile, Critics’ Choice has only ever awarded one performer from “The Crown”: John Lithgow, in 2016.

So, can Seehorn win? It’s definitely possible. This was Seehorn’s strongest season to date (we say that every season, but it’s always true because the writers are always giving Seehorn more to do), and she gave a standout performance in the penultimate episode of the season, when Kim went toe-to-toe with the dangerous and imposing Lalo (Tony Dalton) in order to protect Jimmy. If there was ever a year for Seehorn to succeed, this is it.