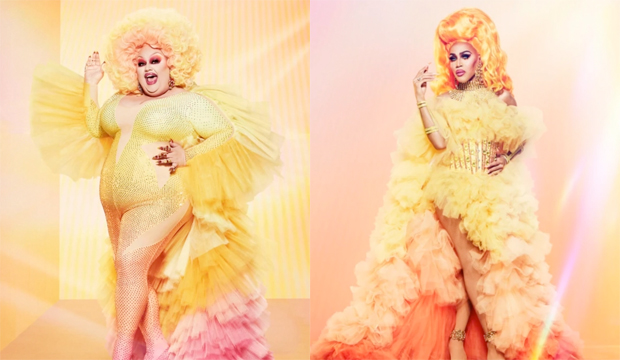 Who will be told to “sashay away” at the end of the August 12 episode of “RuPaul’s Drag Race All Stars” Season 6? Our readers think they know. Eureka leads Gold Derby’s Episode 9 elimination predictions with 2/7 odds, followed by Trinity K. Bonet in second place at 15/2 odds. The other queens in the Top 5 — Kylie Sonique Love, Ra’Jah O’Hara and Ginger Minj — should be safe this week, per our predictions. Do you agree or disagree with our users’ odds? Hurry and make your predictions before the next episode streams on Paramount+.

Of note, Eureka is the only person still in the competition who has yet to win a main challenge. Kylie and Ra’Jah have each prevailed once, while Ginger and Trinity have both claimed victory twice. Eureka has, however, received high marks from the judges in five different episodes: “The Blue Ball,” “Halftime Headliners,” “Pink Table Talk,” “Show Up Queen” and last week’s “Snatch Game of Love.”

Prior to “All Stars 6,” Eureka competed in back-to-back seasons because she was forced to withdraw from Season 9 due to an injury. She then finished as the runner-up to Aquaria in Season 10. Now that she’s an All Star, Eureka would be the first to admit she’s disappointed this time around as she hasn’t won a main challenge. The silver lining is that Eureka has bragging rights as the only Top 5 queen to not yet appear in the bottom, while the others have all been up for elimination.

Trinity’s two wins came in “Side Hustles” (for her “Drag Fixers” ad) and “Show Up Queen” (for her musical performance). However, she took a tumble last week when she found herself in the bottom alongside Pandora Boxx for her “Snatch Game of Love” performance as Whitney Houston. Thankfully, challenge winner Ginger decided to send home Pandora instead, as her Kim Cattrall impersonation failed to impress and her overall track record was much worse.

Remember, no matter who sashays away in the ninth episode, keep in mind there’s still a “game within a game” twist going on in the background. So far all of the eliminated girls (Serena ChaCha, Jiggly Caliente, Silky Nutmeg Ganache, Yara Sofia, Scarlet Envy, A’Keria C. Davenport, Jan and Pandora Boxx) have been told to stop packing by RuPaul Charles, with the assumption being they will have a chance to rejoin the competition at a later date. Stay tuned.