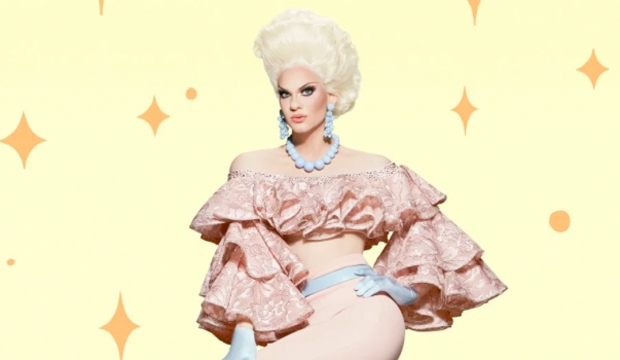 Uh-oh: Is Elliott with 2 Ts about to experience a third T — trouble — during Friday’s episode of “RuPaul’s Drag Race“? This 26-year-old queen from Las Vegas leads Gold Derby’s elimination odds for the upcoming ninth episode of Season 13. She has overwhelming 3/10 odds to sashay away, with the other likely eliminees being Denali (15/1 odds), Gottmik (16/1 odds) and Utica Queen (16/1 odds). Do you agree or disagree with the predictions of our users? Have your say by making your own predictions before the March 5 episode airs on VH1.

Elliott had a rough start to the competition, being forced to enter the Pork Chop Lounge after losing her initial lip sync to Tina Burner. All of the Pork Chops voted to eliminate Elliott from the competition, but in a twist, she was instead allowed to join the A-Team, which consisted of all of the queens who won their initial lip syncs. When the two groups eventually met up, the Pork Chops were surprised to see Elliott still on the show, falsely believing they’d sent her packing.

For most of the show’s run, Elliott has been declared “safe” in the various challenges. However, two weeks ago, she came close to being eliminated when she appeared in the bottom two alongside LaLa Ri following the “Bossy Rossy: The RuBoot” challenge. After the two queens battled in a lip sync to Kelly Clarkson‘s “Whole Lotta Woman,” host RuPaul Charles told Elliott to “stay” and LaLa to “sashay away.”

Elliott teared up after Ru saved her, knowing she needed to step her p**** up going forward. She did just that the following week in the “Social Media: The Unverified Rusical” challenge, when she was deemed “safe” by Ru. Will her luck continue to improve this week?

One of Elliott’s breakout moments on the show so far was when she opened up to Tina about her clinical depression. That conversation prompted Tina to admit she was seeing the younger queen in a new light for the first time. The emotional scene was important for Elliott’s growth not only as a competitor, but also as a person, as it helped explain her previous comment about how she believed she had no friends among her fellow drag racers.