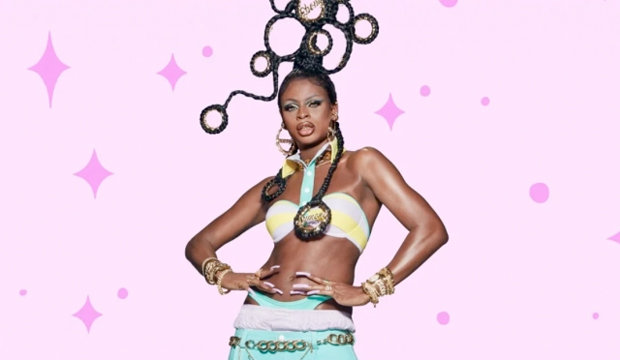 There’s no surprise that Symone dominated our recent poll that asked fans of “RuPaul’s Drag Race” to name who they were personally rooting for win Season 13. After all, she’s been the odds-on front-runner all year long, thanks in part to winning two early maxi challenges. But there is somewhat of a surprise in our poll results in that Rose, one of the infamous Pork Chop queens, comes in second place. That’s right — Rose has 22% support from “Drag Race” viewers, just behind Symone with leading 30%. Do you agree or disagree with your fellow fans? Sound off down in the comments section.

Symone, a 25-year-old queen from Los Angeles, started out the season strong by winning her initial lip sync against Tamisha Iman, which advanced Symone to the winners group. Meanwhile, Tamisha was forced to enter the Pork Chop lounge with the other non-winners, including 31-year-old Rose from New York City.

Rose just won her first maxi challenge last week during “Social Media: The Unverified Rusical,” so she’s clearly on the rise. To compare, Symone’s victories came early in the season during the “Condragulations” performance challenge and the “RuPaulmark Channel” acting challenge. Since then Symone has only gone downhill, being forced to fight for her life last week against Kandy Muse. Host RuPaul Charles named Symone as the winner of the lip sync, while at the same time sparing Kandy from elimination.

The third place position in our poll results goes to Gottmik, age 23 from Los Angeles, who won “The Bag Ball” challenge in which she had to showcase three looks made from bags. And coming in fourth place is Olivia Lux, age 26 from New York City, who made a name for herself by prevailing in back-to-back challenges in recent weeks: “Disco-mentary” and “Bossy Rossy: The RuBoot.”

Here’s how “Drag Race” fans ranked the Top 9 contestants in terms of who they’re rooting for to win Season 13: