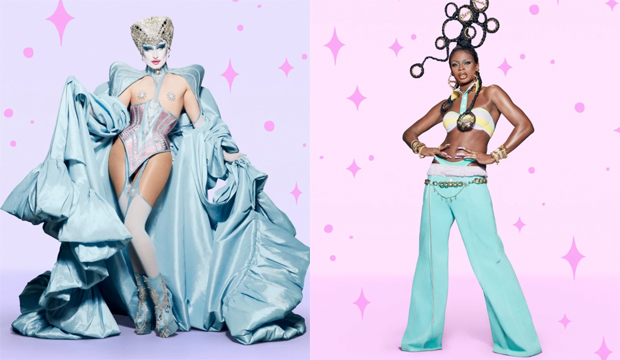 For much of this season of “RuPaul’s Drag Race,” Symone has been the predicted winner by hundreds of dedicated fans taking part in Gold Derby’s predictions center. However, in the past week, we’ve seen a major shift on our winner’s chart. Now Gottmik is the front-runner to win by a slim margin. Symone is close behind in second place, with Rosé in third and Kandy Muse in fourth. Do you agree or disagree with the predictions of your fellow “Drag Race” fans? There’s still time to make (or update) your picks before the Season 13 grand finale airs Friday, April 23 on VH1.

SEE‘RuPaul’s Drag Race’ 13 episode 14 recap: Which of the Top 4 are ‘Lucky’ enough to make it to The Grand Finale?

Here’s a closer look at the current odds for which queen is predicted to join the show’s winners list:

Symone entered the competition in high gear, joining the winner’s lounge after succeeding at her initial one-on-one lip sync. She later declared victory in a whopping four challenges: “Condragulations,” “RuPaulmark Channel,” “Freaky Friday Queens” and “Pop! Goes The Queens.” However, Symone has faced the danger of elimination twice, being forced to lip sync for her life against Kandy Muse and Utica Queen; she won both battles.

To compare, Gottmik has only claimed two main challenge triumphs — “The Bag Ball” and “Snatch Game” — but she never appeared in the bottom throughout her entire reign. In fact, Gottmik only lip synced twice throughout the season, and they were both on occasions when the entire cast had to do so (in the season premiere and at the final four).

Rosé has a similar track record, never having to lip sync for her life, but winning three main comps: “Social Media: The Unverified Rusical,” “Pop! Goes The Queens” and “Henny, I Shrunk The Drag Queens.” She is the only queen left standing who lost her lip sync in the debut episode, which meant she had to suffer in the Pork Chop lounge with the other non-winners.

Finally, Kandy Muse has one challenge victory under her belt, for “Nice Queens Roast.” But the New Yorker found herself in the bottom three times where she had to lip sync against the likes of Tamisha Iman, Olivia Lux and Symone. Kandy eliminated the former two contestants, but she lost her battle against Symone; RuPaul Charles decided to keep her in the competition anyway.

Leland and Freddy Scott ('RuPaul's Drag Race' composers) on getting 'Lucky' with Season 13: 'We tried to…