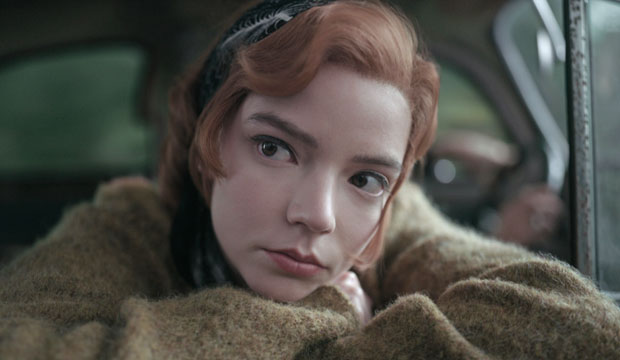 Despite only seven years in the acting business, Anya Taylor-Joy has already demonstrated her versatility. The 24-year-old has been featured in roles that cover a wide variety of genres, including action, horror, and romantic comedy. Her work in Netflix’s limited drama series “The Queen’s Gambit” is no less impressive, and has now earned her her first nomination for a Screen Actors Guild Award, in addition to recent wins at the Golden Globe and Critics Choice Awards.

Taylor-Joy faces off against Cate Blanchett (“Mrs. America”), Michaela Coel (“I May Destroy You”), Nicole Kidman (“The Undoing”), and Kerry Washington (“Little Fires Everywhere”) in the TV movie/limited series actress race. Blanchett and Coel are also new to the category, though Blanchett has earned three wins from 14 previous nominations for feature film roles. Washington vied for this award once before (“Confirmation,” 2017) out of her four total nominations, while Kidman has contended here three times before, winning for “Big Little Lies” in 2018; Kidman has now been nominated 14 times total.

“Queen’s Gambit” is a seven-episode adaptation of Walter Tevis’s novel of the same name. The series covers a 10-year period during which the orphaned Beth Harmon strives to become the world’s greatest chess player while struggling with the trauma of her mother’s death and a heavy dependency on drugs and alcohol. Taylor-Joy imbues Harmon with evident wisdom and a reserved sense of dignity as the character navigates her tortuous young adulthood.

Taylor-Joy’s castmate Bill Camp is also nominated in the TV movie/limited series actor category for his portrayal of Mr. Shaibel, a custodian at Harmon’s orphanage who first teaches her how to play chess. He is also a first-time SAG nominee. Including his and Taylor-Joy’s citations, Netflix picked up a total of 17 bids for their TV programs. The streaming platform dominates this year’s batch of nominees by taking up over one-third of the available slots. That could be good news for both of them, showing that guild members are especially tuned in to Netflix’s shows.

If Taylor-Joy succeeds on her first SAG outing, she will be the second-youngest winner in the history of her category after Angelina Jolie, who was 23 when she prevailed for “Gia” in 1999. This would also be the first time since 2010 (Drew Barrymore, “Grey Gardens”) that a first-time nominee won this award. Check and mate.