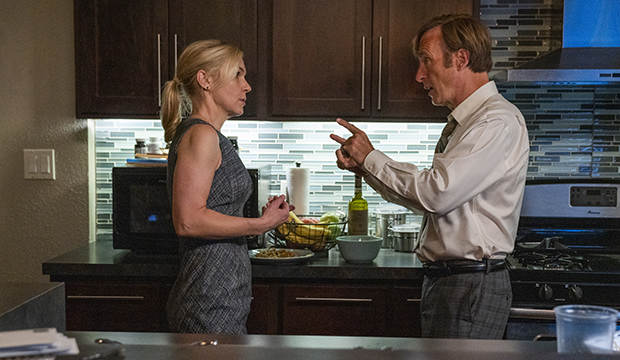 In 2006, “The Practice” and “Boston Legal” made history as the first original and spin-off TV series to have had both of their ensemble casts nominated for Screen Actors Guild awards. In the years since, only one pair of casts has joined them: those from “Breaking Bad” and “Better Call Saul.” The “Better Call Saul” team were first recognized in 2019 and are now looking to score a win on their second outing to match the one the “Breaking Bad” group earned in 2014.

At the upcoming SAG Awards, the “Better Call Saul” actors face off against the casts of “Bridgerton,” “The Crown,” “Lovecraft Country” and “Ozark” in the race for Best TV Drama Ensemble. “The Crown” group are the only returning winners, having just triumphed last year. The “Better Call Saul” and “Ozark” ensembles competed against each other two years ago and both lost to the cast of “This Is Us.” “Bridgerton” and “Lovecraft Country” are both on their first bids for their first seasons.

AMC’s series follows the exploits of Jimmy McGill (who later becomes known as Saul Goodman) prior to his tenure as Walter White’s lawyer on “Breaking Bad.” The fifth and penultimate season focuses on the near completion of the initially earnest McGill’s transformation into the sleazy criminal defense attorney who first introduced himself to viewers in a 2009 episode of the original series. As his origin story heads toward a close, more facets of the man behind the metaphorical clown mask are revealed than ever before.

For the fourth time, Odenkirk is also up for Best TV Drama Actor for his portrayal of McGill. Although he was never individually recognized for “Breaking Bad,” he was nominated as a member of its ensemble three times and contributed to their final season victory. Two of his current castmates also received ensemble bids for the preceding series: Esposito in 2012 and Banks in 2012 and 2013.

Since none of the nominated actors on “The Practice” overlapped with those on “Boston Legal,” Banks, Esposito and Odenkirk are the only ones to receive ensemble bids for both an original series and its spin-off. If they pull off a collective win, Odenkirk will be the first actor to score SAG ensemble awards for playing the same character on two different shows.