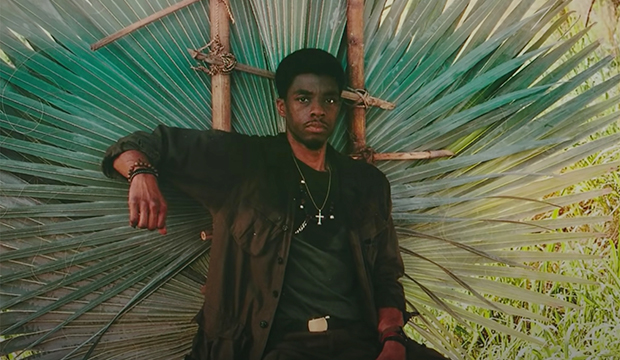 Although the late Chadwick Boseman did not attract much awards attention during his brief film career, his final performances in “Da 5 Bloods” and “Ma Rainey’s Black Bottom” have now brought him plenty. He is now the second man (after Jamie Foxx in 2005) to receive double SAG nominations for individual film roles. By garnering ensemble bids for both films, he has also set a record for most SAG nominations for film in a single year.

In the supporting actor category, Boseman faces off against Sacha Baron Cohen (“The Trial of the Chicago 7”), Daniel Kaluuya (“Judas and the Black Messiah”), Jared Leto (“The Little Things”), and Leslie Odom Jr. (“One Night in Miami”). All are new to the category except Leto, who brought home the award for “Dallas Buyers Club” in 2014. Baron Cohen and Odom are also up for the ensemble award this year, while Kaluuya won it two years ago alongside Boseman for “Black Panther.”

Netflix’s “Da 5 Bloods” follows a group of Vietnam War veterans who return to the battlefield to recover buried treasure and the remains of their squad leader, “Stormin’” Norman Holloway. Boseman portrays the fallen soldier, who appears intermittently in both flashbacks and present-day visions. Although the character is a minor one, the impact he has on the plot is immeasurable, and Boseman succeeds in conveying the power and passion behind his few lines of dialogue.

None of Boseman co-stars were recognized for their individual performances, but several have experience competing as ensemble members. Delroy Lindo was nominated along with his “Get Shorty” (1995) and “The Cider House Rules” (1999) castmates, while Clarke Peters won as part of the cast of “Three Billboards Outside Ebbing, Missouri” (2017). Jonathan Majors is a double nominee this year, having also scored a bid for TV drama ensemble for “Lovecraft Country.”

Besides Boseman, six actors have posthumously competed for individual SAG Awards. Massimo Troisi (1995’s “The Postman”) was the first one recognized for a film performance, followed by Heath Ledger (2008’s “The Dark Knight”) and James Gandolfini (2013’s “Enough Said”). On the TV side, Raul Julia and Jerry Orbach won for their respective roles on “The Burning Season” (1995) and “Law and Order” (2005), while George C. Scott was nominated for “Inherit the Wind” in 2000. If he triumphs for “Da 5 Bloods,” Boseman will follow in Ledger’s footsteps as the second posthumous supporting actor winner.