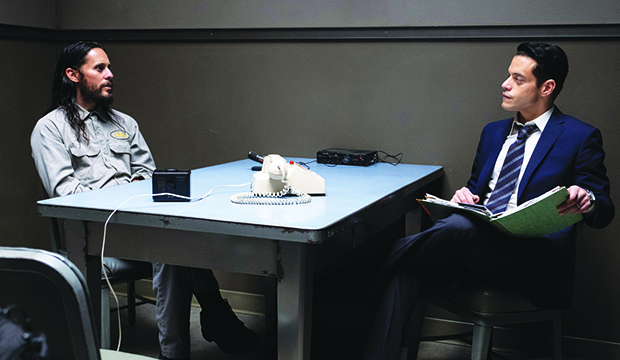 Jared Leto scored his third career SAG Award nomination this year for his supporting turn in the neo-noir crime thriller “The Little Things,” directed by John Lee Hancock. His first two SAG nominations were for “Dallas Buyers Club” in 2014 as part of the nominated cast and in the supporting actor category, the latter of which he won on his way to an Oscar victory.

In this Warner Bros. release, Oscar winners Denzel Washington and Rami Malek play two detectives hunting the same serial killer in 1990s Los Angeles. Leto is the morally ambiguous prime suspect Albert Sparma, who taunts the suspicious detectives as he engages in a cat-and-mouse game with them while the audience is kept guessing as to whether he is as sinister as he appears. Leto also earned a Golden Globe nomination and “The Little Things” showed up on two Oscar shortlists for its makeup/hairstyling and for Thomas Newman‘s original score.

Leto competes against Sacha Baron Cohen (“The Trial of the Chicago 7”), Chadwick Boseman (“Da 5 Bloods”), Daniel Kaluuya (“Judas and the Black Messiah”) and Leslie Odom Jr. (“One Night in Miami”). Of this quartet, Odom is a first-time nominee and is also nominated as part of the “One Night in Miami” ensemble. Baron Cohen also has supporting actor and ensemble bids, for “Chicago 7,” his second and third nominations to date after having been nominated in 2013 as part of the “Les Miserables” cast. Kaluuya scored his fourth nomination following his individual and ensemble nominations for “Get Out” in 2018 and his ensemble win for “Black Panther” in 2019, while Black Panther himself, the late Boseman, has the distinction of winning the ensemble prize for the Marvel blockbuster and now having scored a record four SAG nods this year: for his supporting role and as part of the ensemble in “Da 5 Bloods,” as well as a second ensemble bid for “Ma Rainey’s Black Bottom,” for which he is also up for lead actor.

Leto is a dark horse contender here, as SAG voters seem to have a predilection for showy villainous roles in this category. Javier Bardem won as the bone-chilling Anton Chigurh in “No Country For Old Men” in 2008 and the late Heath Ledger triumphed as the Joker in “The Dark Knight” in 2009. More recently, J.K. Simmons won for his abusive teacher in “Whiplash” in 2015 and Idris Elba prevailed against the odds for his reprehensible Commandant in “Beasts of No Nation” in 2016.