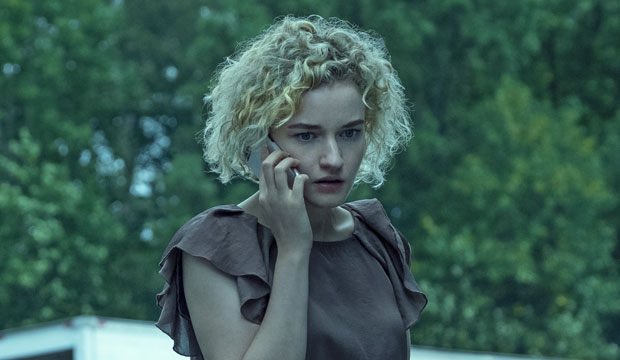 We were shocked by “Ozark” star Julia Garner‘s surprise inclusion in the TV drama actress lineup at the 2019 Screen Actors Guild Awards; she wasn’t even on our radar for a nomination. But we have since learned to stop underestimating her and were not caught off guard this year when she scooped up two more nominations as a member of the Netflix series’s ensemble cast and for her individual performance — her third and fourth career noms to match the ones she received for individual and ensemble acting in 2019. After collecting two consecutive Best Drama Supporting Actress Emmys in 2019 and 2020 for her searing turn as firecracker Ruth Langmore, she is now looking to add an Actor to her pair of angels.

In her category, she finds herself in the exclusive company of Netflix colleagues: her co-star Laura Linney and three women from “The Crown,” Gillian Anderson, Olivia Colman and Emma Corrin. Of this group, only Anderson and Linney have individual victories under their belts, with Anderson having won back-to-back in this very category for “The X-Files” in 1997 and 1998, and Linney for the limited series “John Adams” in 2010. Colman is also a past champ, but as a member of “The Crown’s” ensemble, which was crowned just last year. That leaves Corrin, who is the only rookie contender in the category.

After a calamitous second season for her, “Ozark’s” third sees Ruth back on her feet, co-managing the Missouri Belle’s casino operations alongside Marty Byrde (Jason Bateman) and finding a love interest in Wendy Byrde’s (Linney) brother Ben (Tom Pelphrey). It’s not long, however, before matters take another dark turn: not only does Ruth land in the hospital after she’s beaten up by Frank Cosgrave Jr. (Joseph Sikora), but Ben tragically bites the dust after he gets dangerously wrapped up in the Byrdes’ affairs. This leads a grief-stricken, enraged Ruth to break ties with the Byrdes at the end of the season.

In addition to winning the Emmy for her work in season three, Garner netted Critics Choice and Golden Globe Awards citations, both of which she lost to Anderson. At the SAG Awards, however, Anderson could split the vote with her two co-stars, which could clear the path for Garner to snatch the gold.

That said, Garner will have to battle it out with a co-star of her own, Linney, who, unlike Garner, has yet to collect a single piece of hardware for “Ozark.” But the fact that Garner is the show’s only cast member to have won an acting Emmy thus far might be a sign of overwhelming support for the actress. After all, she plays arguably the show’s most popular character; look no further than her indelible delivery of her “bitch wolf” putdown in season three’s closer.

It only helps that SAG has been a supporter of “Ozark” since the very beginning. Both Bateman and Linney have been nominated for all three seasons, with Bateman even taking home the TV drama actor prize for the second in 2019, while Garner and the cast only missed out for the first season in 2018. Its biggest competition in all three of its categories this year is likely “The Crown,” but if voters want to spread the wealth between the two Netflix titans, this race may be the perfect place to do so since the show has yet to scoop up a victory in this category and voters may be divided on which “Crown” actress to coronate. That could make Garner the SAG Awards’ new queen.