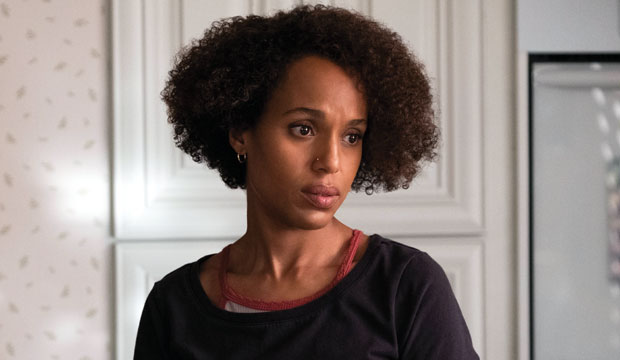 Kerry Washington scored a nomination from the Screen Actors Guild Awards for her performance as Mia Warren in “Little Fires Everywhere.” This follows noms at the Emmys for both producing and acting in the Hulu limited series. This is Washington’s fourth career bid at the SAG Awards, though she has yet to win. But her status in the industry and this overdue factor could give her an extra push to prevail in a hyper-competitive category.

Washington’s rivals for best TV movie/limited series actress include Cate Blanchett (“Mrs. America”), Michaela Coel (“I May Destroy You”), Nicole Kidman (“The Undoing”) and Anya Taylor-Joy (“The Queen’s Gambit”). Blanchett and Kidman are SAG mainstays, with 15 nominations and three wins for Blanchett and 14 nominations and one win for Kidman. Meanwhile, these are the first bids for both Coel and Taylor-Joy.

Sitting pretty squarely between the two groups is Washington, who was previously nominated as part of the cast of the film “Ray” in 2005 and proceeded to earn individual bids for the TV drama series “Scandal” in 2014 and the TV movie “Confirmation” in 2017.

In “Little Fires Everywhere,” Washington squares off against Reese Witherspoon in the suburbs of 1990s Ohio. Washington simmers with resentment as Mia, a working-class single mother who finds herself intertwined with Witherspoon’s Elena and her picture-perfect family. The actress excels in portraying the toll that a seemingly liberal community and their micro-aggressions have on Mia. She also displays the warmth of maternal love in her scenes with her daughter (Lexi Underwood).

Last September Washington went up against Blanchett at the Emmys, but both ended up losing to Regina King for “Watchmen,” who was eligible at SAG last year. Coel, Kidman and Taylor-Joy’s projects all came out within the current Emmy eligibility window, making this a unique combination of awards contenders. And with no King in this category, anything could happen.