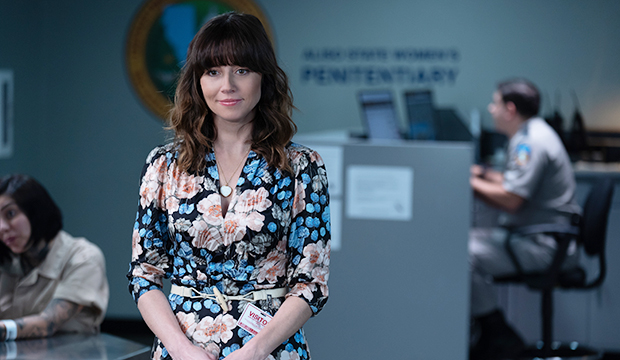 After an egregious snub for the first season of Netflix’s “Dead to Me,” Linda Cardellini has finally landed her first-ever individual Screen Actors Guild nomination. Cardellini’s tour-de-force performance as Judy Hale in the dark comedy earned the actress two bids this year for Comedy Actress and Comedy Ensemble, bringing her career haul to three citations.

“Dead to Me” has been growing in popularity among actors, and Cardellini now shares the awards spotlight with her costar Christina Applegate in the Best TV Comedy Actress category. Like Cardellini, fellow contenders Kaley Cuoco (“The Flight Attendant”) and Annie Murphy (“Schitt’s Creek”) are also first-time solo nominees, though all three actresses have earned ensemble nominations in the past. Catherine O’Hara rounds out the five-person line-up for the final season of “Schitt’s Creek.”

Cardellini stands out from these other nominees as the only actress to earn SAG nominations for both TV and film. Prior to her double “Dead to Me” bids this year, her prior SAG recognition was for her role in the ensemble of “Brokeback Mountain” 15 years ago. Her range across mediums could benefit her as she tries to overcome some incredibly difficult competition from Emmy-winning veterans O’Hara and Applegate, neither of whom have won a SAG trophy despite numerous past nominations.

Voters will certainly have a hard time shaking Cardellini’s moving and raw performance in the second season of “Dead to Me,” as her character Judy helps her best friend Jen (Applegate) cover up the death of her former fiancé Steve (James Marsden) while grieving with Steve’s twin brother Ben. Those dynamics become even more complicated when Judy strikes up a relationship with Michelle (Natalie Morales), who happens to be the former girlfriend of the lead investigator (Diana-Maria Riva) looking into Steve’s disappearance. Cardellini also gets to shine opposite Katey Sagal when Judy attempts to reconnect with her estranged mother in prison. Through all of the season’s twists and turns, Cardellini delivers a pitch-perfect performance of both humor and heart, especially as Judy’s grief becomes too much to bear without the support of her best friend Jen.

PREDICT the SAG Awards; winners will be announced April 4