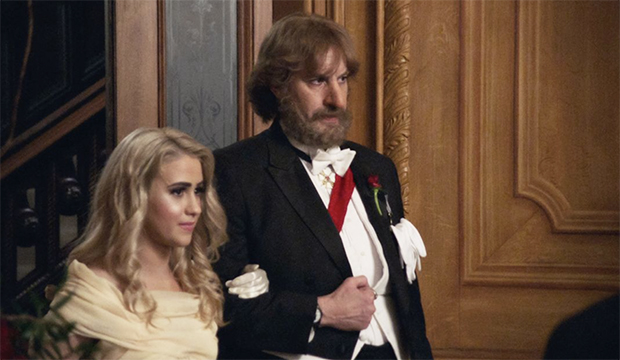 Maria Bakalova scored her first-ever Screen Actors Guild Award nomination for her audacious performance as Tutar in “Borat Subsequent Moviefilm.” Bakalova is arguably the most acclaimed breakout star of 2020, which is all the more impressive because this role is not only her debut in an American studio film, but it is also her first comedic foray as the young Bulgarian actress had to date only worked in theater and on screen in primarily dramatic roles in Europe.

At the SAG Awards, Bakalova competes in supporting actress after already racking up countless critics’ awards nominations and wins. She likely just narrowly lost the Best Film Comedy/Musical Actress prize at the Golden Globes to Rosamund Pike (“I Care A Lot”), but she won Critics Choice and earned a BAFTA nomination. Momentum is clearly behind her for a run at a supporting actress Oscar nomination this month, positioning her as a real contender against category rivals Glenn Close (“Hillbilly Elegy”), Olivia Colman (“The Father”), Yuh-Jung Youn (“Minari”) and Helena Zengel (“News of the World”).

Of this group, newcomer Zengel and veteran Youn also make their SAG Awards debuts, with the Korean actress also claiming an ensemble bid for “Minari.” On the other hand, Colman has bagged seven career SAG nominations since 2019, from her first as lead actress for “The Favourite” two years ago (for which she went on to win the Oscar) to her three this year — double individual noms for “The Crown” and “The Father,” and an ensemble bid for “The Crown,” a category the show won last year. Awards veteran Close has an impressive 10 career SAG nominations under her belt, with two wins, for “The Lion in Winter” in 2005 and for “The Wife” in 2019.