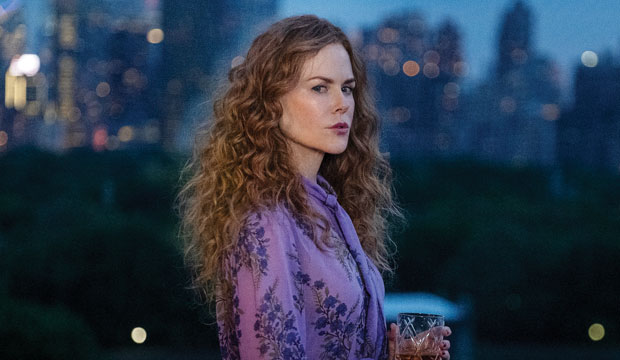 With victories for “The Piano Lesson” in 1996 and “Miss Evers’ Boys” in 1998, Alfre Woodard became the first double winner of the best TV movie/limited series actress prize at the SAG Awards. Only two actresses (Helen Mirren and Queen Latifah) have matched her feat since, and now Nicole Kidman (“The Undoing”) is looking to join the club.

Kidman faces off against Cate Blanchett (“Mrs. America”), Michaela Coel (“I May Destroy You”), Anya Taylor-Joy (“The Queen’s Gambit”) and Kerry Washington (“Little Fires Everywhere”). Kidman previously won this award for “Big Little Lies” in 2018. Coel and Taylor-Joy are SAG newcomers, while Blanchett has earned three wins for feature film performances. Washington was recognized in this category in 2017 for her role in “Confirmation,” but she has yet to win a SAG Award.

HBO’s “The Undoing” was created by prolific writer-producer David E. Kelley as a six-part adaptation of the novel “You Should Have Known” by Jean Hanff Korelitz. Kidman plays Grace Fraser, a psychologist whose entire life begins to unravel following the death of a mysterious woman with whom she initially appears to have little connection. As the narrative progresses, Grace finds herself tangled in an increasingly perilous web of deceit that threatens the stability of her seemingly perfect family.

Hugh Grant is also nominated in the TV movie/limited series actor category for his portrayal of Grace’s husband, Jonathan. This is his second bid in the category after earning his first for “A Very English Scandal” two years ago. He has also been nominated twice on the feature film side for his work as a member of the “Sense and Sensibility” ensemble in 1996 and for his supporting role in “Florence Foster Jenkins” in 2017.

SEE4 top showrunners for ‘P-Valley,’ ‘Raised by Wolves,’ ‘The Stand,’ ‘The Undoing’ on influences to join the crazy world of TV [EXCLUSIVE VIDEO INTERVIEW]

Kidman first vied for this award in 2013 for “Hemingway and Gellhorn” and then again in 2016 for “Grace of Monaco” before triumphing on her third try for “Big Little Lies.” When “Lies” continued for a second season it was reclassified by SAG as a drama series, and Kidman was nominated as a member of its ensemble last year.

She has also been recognized as part of the casts of the films “Moulin Rouge!” in 2002 and “Nine” in 2010, in addition to individual bids for “Rabbit Hole” in 2011, “The Paperboy” in 2013, and “Lion” in 2017. She earned double bids for her individual and ensemble performances in “The Hours” in 2003 and “Bombshell” in 2020. That brings her to a career total of 14 nominations, more than anyone else in her category save Blanchett, who has been nominated 15 times. That’s a strong track record of support from her industry peers, which could give her an advantage over her competition.