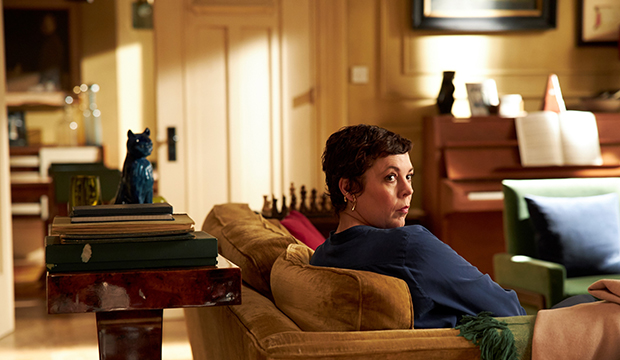 No one has circled both the film and television awards races concurrently and with as much acclaim as Olivia Colman has in recent years. She earned her first Screen Actors Guild nomination two years ago in lead actress for “The Favourite” and then followed it up last year with three nominations and a win (in drama ensemble) for her work on television in “The Crown” and “Fleabag.” This year, she straddles both the small and large screen races with nominations in both fields, giving Colman an opportunity for her first film win for her supporting performance in “The Father.”

In the film, Colman plays Anne, daughter to Anthony Hopkins‘ stubborn Anthony who is struggling with the realization that he’s aging. The two engage in a mental tug-of-war as they cope with the changing circumstances of Anthony requiring full-time care and oversight. “The Father” is based on a play written by its own writer/director Florian Zeller that won numerous theater awards, including a Tony for Frank Langella. As Anne, Colman reminds us that despite acclaim in her regal roles, she is just as captivating in a contemporary piece as a character whose life struggles are more relatable than those of a queen.

She contends against Maria Bakalova (“Borat Subsequent Moviefilm”), Glenn Close (“Hillbilly Elegy”), Yuh-Jung Youn (“Minari”) and Helena Zengel (“News of the World”). While Colman is a SAG winner, she has yet to win in a film category, of which she’s only been nominated once before, or an individual prize. She lost the Best Actress race two years ago to none other than Close. Without a film win, Colman is only a bit above par with the other three nominees who are all nominated for their first time.

As funny as it may sound, if Colman wins this category, she will actually join Close as a two-time SAG winner with one for TV and one for film. When it comes to this specific field, the guild is already prone to awarding female actors who work on both the small and big screens. Three of the last five winners have also been nominated and/or won for TV performances (Laura Dern, Allison Janney and Viola Davis). Of the other two, Emily Blunt was a prior film nominee without a win and Alicia Vikander was a first-time nominee, not unlike three of Colman’s competitors.

With seven total SAG nominations in only three years, it is no secret that her fellow actors adore Colman and find her worthy of accolades. The question that remains for her this year is whether it’s been too much love too quickly and if they’re ready to bestow her with another trophy a year after giving her a first, regardless whether it’s in television or film.