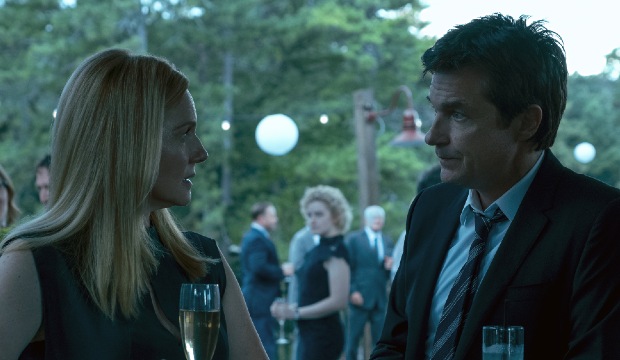 Almost an entire year after the third season of “Ozark” was released on Netflix, the gritty crime drama is still raking in nominations for its acclaimed outing. Among these are four Screen Actors Guild Award bids, including one for the show’s cast in Best TV Drama Ensemble. It was previously shortlisted in this category for its second season in 2019 but was bested by “This Is Us” (which was left out of the lineup this year).

The “Ozark” cast is up against the ensembles of two Netflix companions, “Bridgerton” and “The Crown,” AMC’s “Better Caul Saul” and HBO’s “Lovecraft Country.” The defending and only previous champ in the race, “The Crown” has the most noms in this category, having earned citations for all of four of its seasons. Trailing it are “Better Call Saul” and “Ozark” with two bids apiece, which both scored in 2019 and this year. Meanwhile, “Bridgerton” and “Lovecraft Country” compete for the first time.

For “Ozark’s” third season, there are 15 cast members listed on the ballot, with new additions including McKinley Belcher III, Jessica Frances Duke, Kevin L. Johnson, Tom Pelphrey, Joseph Sikora, Felix Solis and Madison Thompson. While that makes the cast only the second largest one in the running (just behind “Bridgerton’s” with 28 actors), its total is pretty much in line with those of the last four winners: “Stranger Things” had 16 in 2017; “This Is Us” had 14 in 2018 and 16 in 2019, respectively; and “The Crown” had 12 last year. It also helps that the cast is a mixture of movie and TV actors — including two Academy Award nominees, Linney and Janet McTeer, and long-time TV vet Bateman — given that SAG-AFTRA comprises both.

All of the actors were put to great use in Season 3, the biggest showcase for the ensemble to date. While the core trio — Bateman’s Marty, Garner’s Ruth and Linney’s Wendy — was front-and-center per usual, the addition of Pelphrey as Wendy’s bipolar brother Ben Davis and enlarged role of McTeer’s Helen Pierce, the tough-as-nails Navarro cartel lawyer, were arguably among the season’s main highlights. Considering that both Ben and Helen ironically bite the dust by season’s end, voters might feel inclined to reward the cast while McTeer and Pelphrey are still included on the ballot.

Plus, the third season of “Ozark” has not yet received its proper due. Of its 18 Emmy nominations, it won merely one (for Garner in drama supporting actress), while it went home completely empty-handed at the Critics Choice and Golden Globe Awards, where it had six and four bids, respectively. It’s possible that SAG-AFTRA voters will want to make up for this lack of recognition, especially considering they have been supporters of this show since the start. After all, both Bateman and Linney have been nominated for all three seasons, with Bateman even taking home the TV drama actor prize for the second in 2019. And Garner reaped her surprise first nom in 2019 when we weren’t even sure she was on the awards radar.