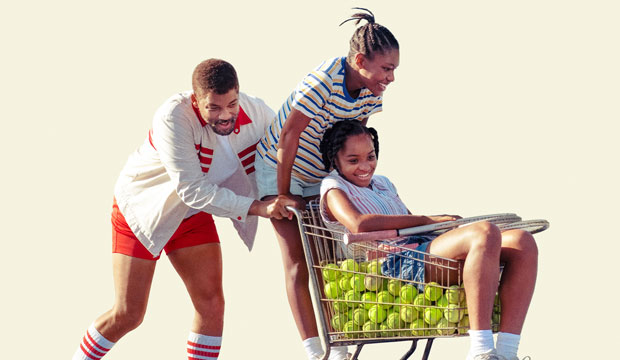 Since the Screen Actors Guild Awards began handing out trophies for Best Film Actor in 1994, every single winner has gone on to receive an Oscar nomination. In just one instance, Benicio Del Toro in “Traffic” (2000), the SAG Awards winner went on to compete in the supporting category at the Academy Awards instead (he won that as well). According to Gold Derby’s 2022 SAG Awards predictions for Film Actor, the five nominees will be Will Smith (“King Richard”), Benedict Cumberbatch (“The Power of the Dog”), Denzel Washington (“The Tragedy of Macbeth”), Andrew Garfield (“tick,tick…BOOM!”) and Peter Dinklage (“Cyrano”).

Smith’s performance as Richard Williams in “King Richard” comes in first place with 69/20 odds. Smith has one prior SAG Awards nomination for 2006’s “The Pursuit of Happyness,” where he lost Film Actor to eventual Oscar winner Forest Whitaker (“The Last King of Scotland”). In “King Richard,” Smith plays the the father of tennis superstars Venus (Saniyya Sidney) and Serena Williams (Demi Singleton). The dedicated dad and self-taught tennis coach will stop at nothing until his daughters rule the sport.

Cumberbatch’s performance as Phil Burbank in “The Power of the Dog” comes in second place with 4/1 odds. With six nominations to date, Cumberbatch has yet to claim a victory over his SAG Awards peers. His prior nominations include three Film Ensemble bids for “August: Osage County” (2013), “12 Years a Slave” (2013) and “The Imitation Game” (2014). Past individual noms were for TV Movie/Mini Actor in “Sherlock” (2014) and “Sherlock: The Lying Detective” (2017) along with Film Actor in “The Imitation Game.” In “The Power of the Dog,” Cumberbatch plays a rancher who torments the new wife (Kirsten Dunst) and stepson (Kodi Smit-McPhee) of his brother (Jesse Plemons).

Washington’s performance as Macbeth in “The Tragedy of Macbeth” comes in third place with 5/1 odds. Washington won his only SAG Award in this category for “Fences” (2016). He was nominated six other times including four more Film Actor bids for “The Hurricane” (1999), “Training Day” (2001), “Flight” (2012) and “Roman J. Israel, Esq.” (2017). Washington has also been part of Film Ensemble noms for “American Gangster” (2007) and “Fences” (2016). In “The Tragedy of Macbeth,” a Scottish lord becomes convinced by a trio of witches that he will become the next King of Scotland.

SEEOscars 2022: Best Actor predictions and the state of the race

Garfield’s performance as Jonathan Larson in “tick, tick…BOOM!” comes in fourth place with 11/2 odds. Garfield has two prior SAG Awards nominations for Film Ensemble in “The Social Network” (2010) and Film Actor for “Hacksaw Ridge” (2016). In “tick,tick…BOOM!” Garfield portrays the real-life composer as he struggles to make a name for himself under the bright lights of Broadway.

Dinklage’s performance as the title character in “Cyrano” comes in fifth place with 15/2 odds. Dinklage has been a popular fixture at the SAG Awards with 16 nominations and two victories to date. Thirteen of those nominations were for “Game of Thrones” including seven bids for TV Drama Ensemble and six noms for TV Drama Actor. He won the individual acting prize for the HBO series’ final season. On the film side, Dinklage was part of the winning ensemble for “Three Billboards Outside Ebbing, Missouri” (2017). He was also nominated for both Film Actor and Film Ensemble for “The Station Agent” (2003). In “Cyrano,” Dinklage plays a wordsmith who helps a young man named Christian (Kelvin Harrison Jr.) woo Roxanne (Haley Bennett) through love letters.