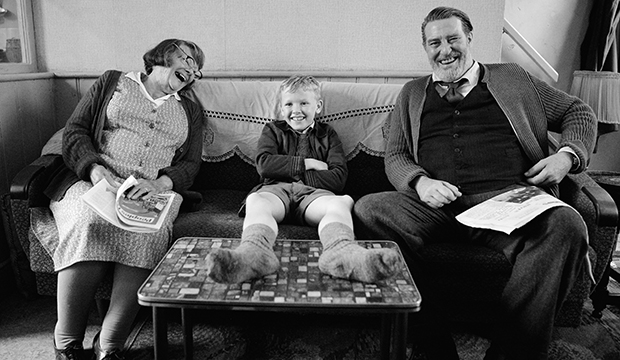 One of the tightest races at the 2022 Screen Actors Guild Awards is Best Film Ensemble, which has led to a Best Picture Oscar nomination for nearly every winner of this category since the guild began handing out awards for the 1995 film year. (The one exception was 1996’s “The Birdcage,” which missed out on a Best Picture bid to “The English Patient,” “Fargo,” “Jerry Maguire,” “Secrets and Lies” and “Shine.”) According to Gold Derby’s SAG Awards predictions for Film Ensemble, this year’s five nominees will be “Belfast,” “The Power of the Dog,” “West Side Story,” “King Richard” and “Don’t Look Up.”

Focus Features’ “Belfast” comes in first place with 39/10 odds. Surprisingly, this front-runner cast featuring Jude Hill, Caitriona Balfe and Jamie Dornan only has one supporting player who has been nominated by SAG Award before: Judi Dench. Dench has racked up an impressive 14 nominations in her historic career, winning for Film Ensemble for 1998’s “Shakespeare in Love” and Film Supporting Actress for 2000’s “Chocolat.” Could she be the good luck charm that leads the rest of this cast to their first nomination this year? “Belfast” tells the story of a young boy and his working-class family in the tumultuous 1960s.

Netflix’s “The Power of the Dog” comes in second place with 11/2 odds. Benedict Cumberbatch plays troubled rancher Phil Burbank, who torments the new wife and step-son (Kirsten Dunst and Kodi Smit-McPhee) of his brother (Jesse Plemons). Cumberbatch has been nominated six times by the SAG Awards but has yet to win. Dunst was victorious in her sole nomination, winning as part of the Film Ensemble for 2016’s “Hidden Figures.” Plemons has been nominated twice for TV Drama Ensemble as part of the cast of “Breaking Bad,” winning in 2014.

20th Century Studios’ “West Side Story” comes in third place with 6/1 odds. Steven Spielberg‘s remake of the 1961 classic tells the story of forbidden love and the rivalry between the Jets and the Sharks, two teenage street gangs of different ethnic backgrounds. The cast is led by Ansel Elgort and Rachel Zegler, who play Tony and Maria, respectively. The supporting cast has been known predominantly for their work in theater, but there are two members of the ensemble who have been recognized by SAG Award before. Oscar winner Rita Moreno (Valentina) was the recipient of the 2014 Lifetime Achievement Award. Brian d’Arcy James (Officer Krupke) won as part of the Film Ensemble for 2015’s “Spotlight.”

SEECaitriona Balfe on why ‘Belfast’ resonates so personally: ‘A little bit of magic happens when you make a film’

Warner Bros. Pictures’ “King Richard” comes in fourth place with 7/1 odds. Will Smith plays Richard Williams, the father of tennis superstars Venus (Saniyya Sidney) and Serena Williams (Demi Singleton). Their mother, Oracene Williams, is portrayed by Emmy nominee Aunjanue Ellis. Smith has previously been nominated for Film Actor in 2006’s “The Pursuit of Happyness.” Ellis has a pair of nominations for Film Ensemble in 2004’s “Ray” and TV Drama Ensemble for 2020’s “Lovecraft Country.” Tony Goldwyn, who plays Paul Cohen in “King Richard, has one prior Film Ensemble nomination for 1995’s “Nixon.” Surprisingly, Kevin Dunn, who has a small role as tennis instructor Vic Braden, has the most SAG Award accolades among the cast with six nominations including one win as part of the TV Comedy Ensemble for “Veep.”

Netflix’s “Don’t Look Up” comes in fifth place with 17/2 odds. The film has a star-studded cast including Leonardo DiCaprio, Jennifer Lawrence, Meryl Streep, Cate Blanchett, Jonah Hill, Mark Rylance, Tyler Perry, Timothée Chalamet and Michael Chiklis. It tells the story of two low-level astronomers who must go on a giant media tour to warn mankind of an approaching comet that will destroy planet Earth. The credited cast has an astounding 64 SAG Awards nominations among them (including 11 wins) for DiCaprio, Lawrence, Streep, Blanchett, Hill, Rylance, Chalamet, Chiklis, Rob Morgan and Paul Guilfoyle.

Other potential SAG Awards nominees for Film Ensemble include “CODA,” “House of Gucci,” “Nightmare Alley,” “The Harder They Fall” and “Being the Ricardos.” Eligible film performances must air or premiere between Mar. 1, 2021 and Dec. 31, 2021. 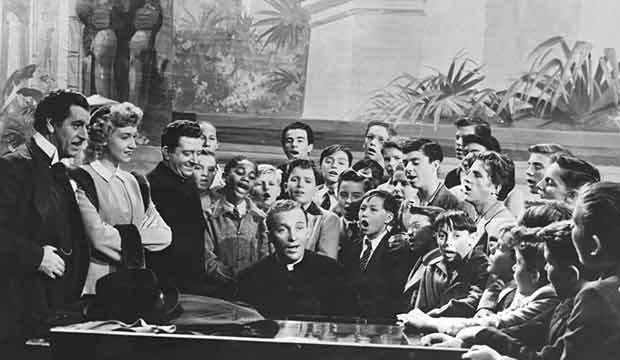