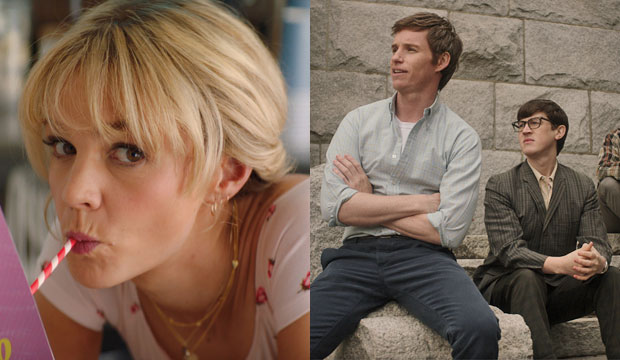 The 2021 Screen Actors Guild Awards will be presented on Sunday night, April 4, in an hour-long pre-taped ceremony due to the COVID-19 pandemic. But who will take home the coveted Actors in the six film categories? Scroll down for our complete odds in all categories, which were calculated by combining the predictions of thousands of Gold Derby users who placed their bets in our predictions center. Our projected winners are highlighted in gold.

Our forecasts say that six different movies will win the six awards, but the coveted prize for the best ensemble cast is expected to go to “The Trial of the Chicago 7,” with “Minari” close behind. Those are the only two SAG ensemble nominees that also have Oscar nominations for Best Picture, and every SAG winner since “The Birdcage” has at least been nominated for the academy’s top prize, so the other three nominated casts from “Ma Rainey’s Black Bottom,” “One Night in Miami” and “Da 5 Bloods” may be at a disadvantage.

Individual acting awards are predicted to go to leads Carey Mulligan (“Promising Young Woman”) and the late Chadwick Boseman (“Ma Rainey”) as well as supporting actors Yuh-Jung Youn (“Minari”) and Daniel Kaluuya (“Judas and the Black Messiah”). Rounding out our forecasts is “Da 5 Bloods” for the stunt ensemble prize. So how many of these winners will go on to collect Oscars? Since both awards are presented by industry peers, there tends to be a lot of overlap between their individual acting winners. Last year, for instance, all acting winners matched at both events.

However, two years ago only half of the winners were the same. Rami Malek (“Bohemian Rhapsody”) and Mahershala Ali (“Green Book”) claimed SAG and Oscar. But SAG winner Glenn Close (“The Wife”) lost the Oscar to Olivia Colman (“The Favourite”). And the supporting actress prize was especially unusual: the SAG winner (Emily Blunt for “A Quiet Place”) wasn’t even nominated at the Oscars, and the Oscar winner (Regina King for “If Beale Street Could Talk”) wasn’t nominated by SAG.

The ensemble cast award doesn’t tend to match up with Oscar’s Best Picture as often: they only agree about half the time. But sometimes SAG has foretold big Oscar upsets like “Shakespeare in Love” (1998), “Crash” (2005), “Spotlight” (2015) and “Parasite” (2019). The current Oscar front-runner, “Nomadland,” isn’t nominated for SAG’s ensemble award, so whichever film wins that race might set itself up as the top challenger for the Academy Award. Do you agree with our forecasts?