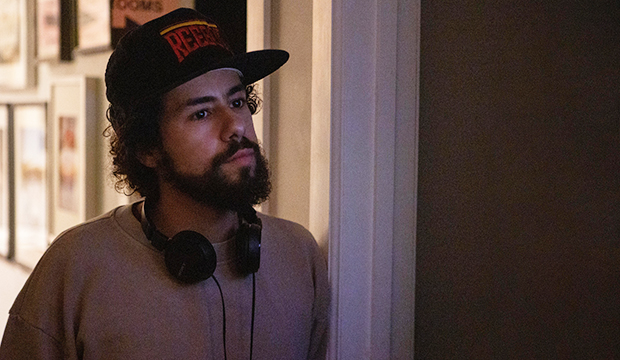 Ramy Youssef may have come up short at last month’s Golden Globe Awards, as well as last September’s Emmys ceremony, but his quest to land some big recognition for Season 2 of his Golden Globe winning comedy “Ramy” still isn’t over. He’s now got his eyes set on the Screen Actors Guild Awards where he’s nominated for Best TV Comedy Actor this year.

Youssef is facing off against some heavy competition. Among them are two from “Schitt’s Creek,” the most recent winner of Best Comedy at the Globes and the Emmys, in Dan Levy and Eugene Levy. The father Levy beat out Youssef in this category at the Emmys. Also nominated are Nicholas Hoult for “The Great” and recent Golden Globes champion Jason Sudeikis for “Ted Lasso.”

On the show, Youssef plays Ramy Hassan, a Arab-American Muslim from New Jersey in his late-20s, who’s attempting to reconcile his faith with the current landscape of his home country as well as figuring out his place in the world at-large. In the second season, Ramy begins to seek guidance from a different religious figure Sheikh Ali Malik (Mahershala Ali) while he also begins to develop strong feelings for the man’s daughter, Zainab (MaameYaa Boafo). As he becomes more serious with Zainab, he also finds unwelcome parts of his past coming back to haunt him.

Youssef’s nomination is the only one the show received this year and it’s going to be a tough victory for him to pull off. One thing that’s working against him is the fact that each of his fellow nominees is in a show that is nominated for the Best TV Comedy Cast award and his show didn’t get into that category. There’s also an issue of timing as the second season of the show premiered all the way back in May of 2020.

But there are also reasons that Youssef should be taken seriously here as well. One factor is that when a TV category at SAG has two people up from the same show, the two very often cancel each other out. Just look at the winner in this category for the past two years, Tony Shalhoub for “The Marvelous Mrs. Maisel.” Last year he was helped by having both Michael Douglas and Alan Arkin up for “The Kominsky Method.” The year before that, he not only faced Douglas and Arkin, but another set of co-stars in the form of Bill Hader and Henry Winkler for “Barry.” While you may not think that Youssef would be the beneficiary of this, there are reasons to think that he could be. Youssef’s stature as the driving force behind the show, as a creator/writer/actor/director, could be the X-factor that allows it to prevail in this race. Also, of the five nominees, his performance has the most gravitas to it and could be viewed as a more dynamic performance because of it.