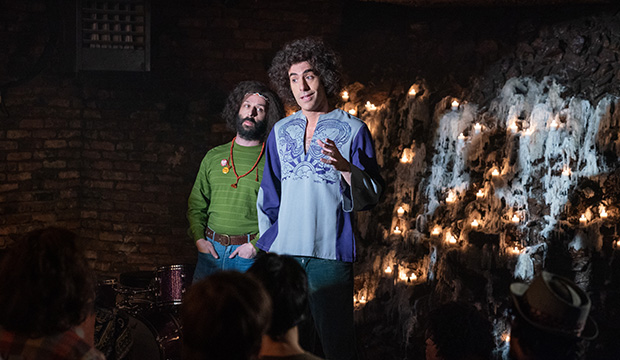 2020 may have been a terrible year for a lot of us, but for Sacha Baron Cohen it couldn’t be further from the truth. In addition to his well-received return as Borat in “Borat Subsequent Moviefilm,” he also won raves for his performance in “The Trial of the Chicago 7.” He’s starting 2021 in a great way as he’s fresh off of two victories at the Golden Globes for the former (Best Comedy/Musical Film and Best Film Comedy/Musical Actor) and he’s now looking to collect some hardware for the latter. He’s nominated twice for “The Trial of the Chicago 7”: in the supporting actor category and as a member of the film’s cast in ensemble.

Baron Cohen’s competition in the supporting actor race is very similar to what he faced at the Globes: Leslie Odom, Jr. (“One Night in Miami”), Jared Leto (“The Little Things”) and Globe winner Daniel Kaluuya (“Judas and the Black Messiah”). Chadwick Boseman (“Da 5 Bloods”), who missed at the Globes despite winning Best Drama Actor for “Ma Rainey’s Black Bottom,” took the fifth slot.

Baron Cohen is nominated for portraying Abbie Hoffman, the real-life radical and co-founder of the Youth International Party (commonly called the Yippies) in the Aaron Sorkin film, which is currently streaming on Netflix. It explores the legal proceedings against Hoffman and seven other prominent figures in the anti-Vietnam War movement who were accused of instigating riots against the Chicago Police Department during the Democratic National Convention in 1968.

Baron Cohen, who was previously nominated as part of the “Les Miserables” (2012) cast, channels his natural comedic abilities to bring out the publicity-seeking and humorous tendencies that Hoffman also displayed. His scenes in which he’s telling the stories of the riot and the trial in the manner of a stand-up comic are solidly delivered, but he’s also able to show a more nuanced side of Hoffman when he’s challenging Tom Hayden (Eddie Redmayne) and when he takes the stand as a witness.

While “Trial” only picked up one win at the Globes (for Sorkin’s screenplay), SAG is an entirely different ballgame. It’s decided by actors, and man, oh man, is this an actor’s movie. The movie is a serious threat to win the prize for ensemble and that love could certainly extend to Baron Cohen for his individual nomination. He also doesn’t have to worry about any of his fellow cast members taking votes away from him, a prospect that felt very likely early in the derby.

The love for “Borat Subsequent Moviefilm” could also help him here. While he didn’t get any nominations from this voting body for the well-received comedy, his co-star, Maria Bakalova, is nominated for supporting actress. Him getting a nomination for that film here was always unlikely, but there were concerns that Bakalova might miss. Her presence shows that SAG voters saw the moviefilm and really responded to it. Putting all of that together shows that Baron Cohen is still a serious contender in this race.