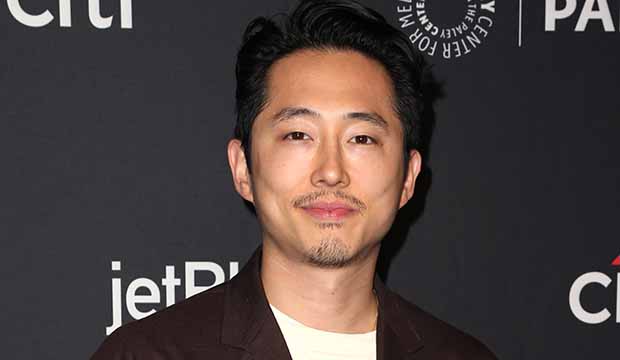 In the four years since he ended his six-season stint on AMC’s “The Walking Dead,” Steven Yeun has added over a dozen film and TV roles to his resume. After garnering several critics awards for his performance in 2018’s “Burning,” he has now broken into the industry awards circuit by earning two SAG bids (Best Actor and Best Ensemble) for his work in “Minari.” The Korean-born actor has forged a new path as the first lead male nominee of East Asian descent.

Yeun faces off against Riz Ahmed (“Sound of Metal”), Chadwick Boseman (“Ma Rainey’s Black Bottom”), Anthony Hopkins (“The Father”), and Gary Oldman (“Mank”) in the race for Best Actor. Like Yeun, Ahmed and the late Boseman are also new to the category, while Hopkins and Oldman have each competed here once before. Hopkins was nominated for “Nixon” in 1996 and Oldman won for “Darkest Hour” in 2018.

Set in the 1980s, “Minari” tells the story of a Korean American farming family and the trials they encounter upon moving from California to the Ozarks. Yeun plays patriarch Jacob Yi, whose obsessive desire to build a flourishing produce business with no outside help puts serious strain on his familial relationships. Yeun’s natural charm keeps the audience invested in his character’s development even as he continually puts his pursuit of the American Dream ahead of his family’s well-being.

Yeun’s costar, Yuh-jung Youn, is up for Best Supporting Actress, making the film one of four nominated in three categories this year. The 73-year-old is the third East Asian performer nominated in her category after Rinko Kikuchi (“Babel”, 2007) and Hong Chau (“Downsizing”, 2018). She is also a first-time SAG nominee, as are all seven qualifying members of the “Minari” cast.

Yeun could become the first SAG newcomer in seven years to bag the Best Actor trophy and the third to do so in the past decade, after Jean Dujardin (“The Artist,” 2012) and Matthew McConaughey (“Dallas Buyers Club,” 2014). If he wins it along with the Best Ensemble award, he will be the first in ten years to nab both and the fourth overall, after Kevin Spacey (“American Beauty,” 2000), Benicio Del Toro (“Traffic,” 2001), and Colin Firth (“The King’s Speech,” 2011).