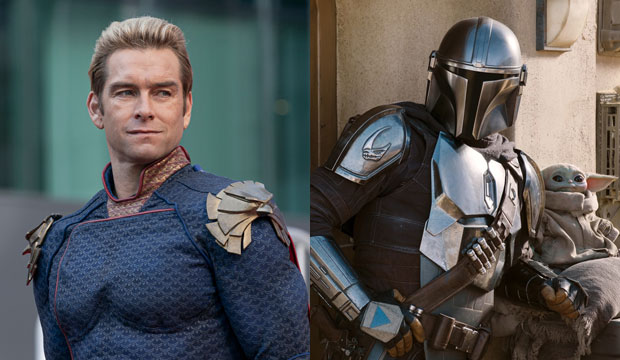 We’re in new territory at the 2021 SAG Awards. After almost a decade of dominance in the stunt ensemble category, “Game of Thrones” is off the air and out of the running, opening the door for a new winner. And right now it looks like a two-way race between “The Mandalorian” and “The Boys.”

SEECan ‘WandaVision’ help Marvel break through at the Emmys the way ‘The Mandalorian’ did for ‘Star Wars’?

“Game of Thrones” never lost SAG’s stunt prize. It won from 2012 to 2018, and then again in 2020, for a total of eight victories. In 2019 the HBO epic fantasy series was ineligible since it was on an extended hiatus, and the award went to Netflix’s wrestling comedy “GLOW,” which is also off the air now. So we’re guaranteed a new winner,  and as of this writing it’s looking good for “Mandalorian,” the Disney+ “Star Wars” spinoff with tons of sci-fi action.

It won Best Stunt Coordination last fall at the Emmys, so it stands to reason the Screen Actors Guild would award it too. That’s what most of Gold Derby’s users think. It has leading odds of 82/25 with support from most of the Expert journalists we’ve polled, the Editors who cover awards year-round for Gold Derby, the Top 24 Users who got the highest scores predicting last year’s SAG winners, and the All-Star Top 24 who got the highest prediction scores when you combine the last two years’ results.

But don’t count out “The Boys.” Amazon’s gritty superhero drama isn’t lacking in the action department, and it’s backed by two Experts, two Editors, two Top Users and one All-Star. It wasn’t nominated for its stunts at the Emmys last fall, but that was for the show’s first season. Its current SAG nomination is for its second year, which has gotten more love from industry groups including bids from the Casting Society of America, the Motion Picture Sound Editors and the Writers Guild.

This category is rounded out by “Westworld,” “Lovecraft Country” and “Cobra Kai.” Of the five contenders, only “Lovecraft Country” is also nominated for the main drama ensemble award, though its stunt team is nevertheless an underdog according to our odds. Do you agree with our consensus that “The Mandalorian” and “The Boys” will square off for the win?