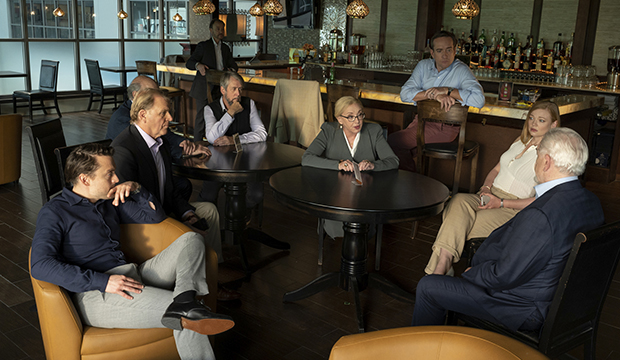 “Succession’s” passionate fans are like boars on the floor waiting for the highly anticipated Season 3 premiere, which debuted Sunday, October 17 after a year-long delay brought about by the Covid-19 pandemic. HBO’s buzzy family drama enjoyed big wins at 2020 awards shows like the Emmys, Golden Globes and Critics Choice, but one place it didn’t receive any love at all was the SAG Awards. Indeed, Screen Actors Guild voters strangely snubbed “Succession” for both of its first two seasons. That means no ensemble bid and no individual notices for Brian Cox, Jeremy Strong, Sarah Snook, Kieran Culkin, etc. So what gives?

SAG-AFTRA’s membership consists of around 160,000 actors and on-screen personalities, making it one of the biggest awards bodies out there. However, a much smaller committee is responsible for determining all of the nominations in TV and film. Perhaps this nom-com simply hadn’t seen “Succession” yet when they announced the list of nominees? After all, no one can be expected to watch everything on television. In the past, fresh fare like “The Marvelous Mrs. Maisel,” “Breaking Bad,” “Homeland” and “Transparent” were also ignored by the guild right out of the gate, only to be rewarded in future seasons. That’s why “Succession” fans have hope that the upcoming third season could be the charm.

Last year, “Succession’s” SAG snubs were surprising in that the second season was so much more buzzed-about and watercoolery than its cult-sized first season. Months after being skunked at SAG, Emmy voters rubber-stamped Season 2 with a whopping seven trophies: series, actor (Strong), writing, directing, casting, editing and guest actress (Cherry Jones). That’s up from just two Emmy wins for Season 1: writing and main title theme music.

SEE6 things you have to know about ‘Succession’ Season 3

Gold Derby’s SAG TV predictions center recently opened and things are looking strong for “Succession.” The show is ranked #1 for Best Drama Ensemble as is Strong for Best Drama Actor. In addition, Cox and Snook are predicted to reap individual noms.

If there are any SAG Awards voters out there who still aren’t aware “Succession” is a show that exists, here’s a quick recap. The Roy family owns a global media and entertainment conglomerate called Waystar RoyCo. When the patriarch (Cox) falls ill, the spoiled adult children (Strong, Snook and Culkin) all start fighting with and manipulating each other for power within the company. Think of it like a mix between “Arrested Development” and “Squid Game.” The first two seasons are currently available to stream on HBO Max.