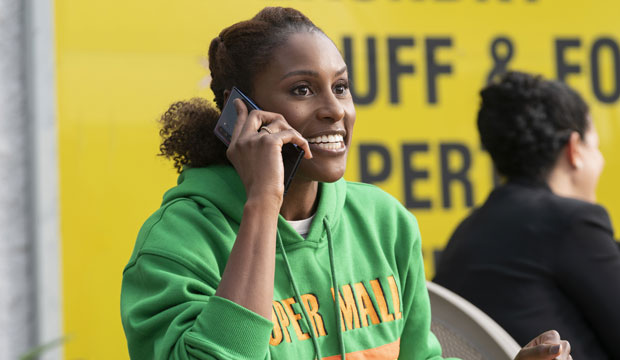 When HBO debuted “Insecure” in 2016 it became an instant critical success. The Golden Globes were the first major group to jump on board with a Best TV Comedy Actress nomination for creator, writer and star Issa Rae in 2017. The following year they nominated her again even after the Emmys snubbed her. But Emmy caught up by nominating Rae for the first time in 2018, and then the series took off with seven Emmy bids in 2020, including another for Rae, and a first for both supporting actress Yvonne Orji and the show itself in Best Comedy Series.

Those seven nominations at the Emmys were for the fourth season of the series, which is the same set of episodes contending for this year’s Screen Actors Guild Awards. Despite all the recognition for “Insecure” over the years, SAG has kept its distance, not once nominating the actors individually or as an ensemble. We’ve always found that “messy AF” (reference), but get “ready-like” (reference) to be “hella shook” (reference) because it looks like that all ends here. With current odds of 11/2 in the SAG race for Rae, according to the combined predictions of Gold Derby users, we are “lowkey trippin” (reference) over the fact that Rae is likely to finally be nominated by her peers.

With news that season five of the series will be its last, there has never been a more pressing time for SAG to embrace “Insecure.” In fact, in doing so the guild will recreate the path it charted for this year’s front-runner in the comedy races, “Schitt’s Creek.” They also didn’t nominate that Canadian production until its penultimate season last year, finally finding room for it in the very same categories that “Insecure” hopes to break through in this year: comedy actress and comedy ensemble. That means that like Catherine O’Hara last year, Rae is in line to earn two nominations at once.

SAG announces the nominees for its 26th annual awards Thursday, February 4, one day after the Golden Globes announce theirs on Wednesday, February 3. Will this be a “hella great” (reference) week for “Insecure” and Rae? We can’t wait to find out.