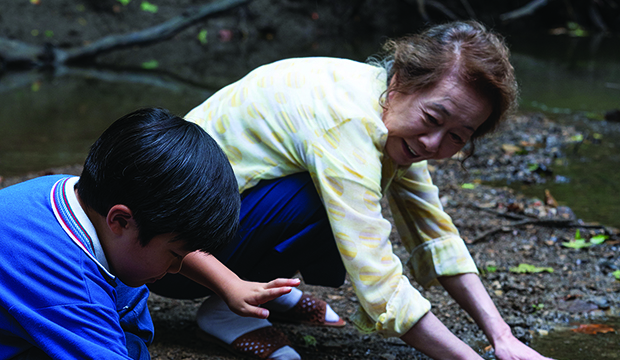 Yuh-Jung Youn is a history-maker with her Screen Actors Guild Awards nomination in Best Supporting Actress for “Minari.” She is the first Korean actress to earn an individual acting nomination in SAG Awards history thanks to her standout turn as Soon-ja, the blunt grandmother of a Korean-American family living in 1980s Arkansas. The SAG bid comes after dozens of critics groups have lauded Youn with Best Supporting Actress wins. Could the legendary Korean actress translate that passion into a victory here?

Youn is not the only nominee in her category to earn SAG recognition for the first time. Maria Bakalova (“Borat Subsequent Moviefilm”) and Helena Zengel (“News of the World”) are in the same boat, though Youn has the benefit of also being nominated in the ensemble category as part of the cast of “Minari.” The other two competitors, Glenn Close (“Hillbilly Elegy”) and Olivia Colman (“The Father”), are big SAG favorites with 17 nominations and three wins between them.

Soon-ja is a classic scene-stealing role and Youn makes the most of it. Her bluntness draws a sharp contrast to her anxious daughter, Monica (Yeri Han), and sensitive grandson, David (Alan Kim). Some of the biggest laughs in the film come from Soon-ja’s interactions with David, earnestly calling him a “pretty boy” and mocking his bed-wetting tendencies, to his mortification. But she also shines toward the end of the film when Soon-ja has a health complication, rendering her silent and only able to communicate her emotions through her face.

Not only did “Minari” snag nominations for Youn and the ensemble but star Steven Yeun also managed to get into a tough Best Actor lineup. It is a pretty major breakthrough for non-English language performances, which rarely get in at SAG. Even reigning ensemble winner “Parasite” was unable to land any individual nominations for its cast. The support for “Minari” is strong, and in a wide-open supporting actress race, Youn might be the perfect place to reward the film. Such a big win over a legend like Close and an Oscar winner like Colman would be huge for Youn’s Oscar chances, where she could make history as the first Korean actress to not just win but be nominated.