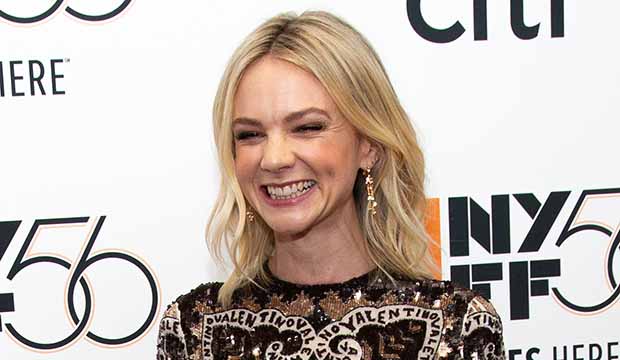 Carey Mulligan was first nominated by the Screen Actors Guild in 2010 for her leading role in “An Education” and as part of the ensemble While she did win the BAFTA for Best Actress that year, she was unable to overcome Sandra Bullock‘s near-sweep for “The Blind Side.” Mulligan returned to the SAG ceremony in 2018 for the “Mudbound” ensemble nomination, but again went home empty-handed. This year Mulligan vies for a SAG award for the fourth time, as Best Actress for “Promising Young Woman.”

In “Promising Young Woman,” Mulligan plays Cassie Thomas, a 30-year-old in what seems to be a spiraling downward trajectory of drunkenness, one night stands and the shame of living with her parents. Eventually the darkly comedic film takes a turn as Cassie seeks to avenge her best friend who was raped and eventually committed suicide.

She contends against Amy Adams (“Hillbilly Elegy”), Viola Davis (“Ma Rainey’s Black Bottom”), Vanessa Kirby (“Pieces of a Woman”) and Frances McDormand (“Nomadland”). Adams and Davis are both 10-time nominees, McDormand is an 8-timer here, and Kirby is a 3-time contender. Adams, Davis, and McDormand all have a SAG win already, while Kirby and Mulligan are both looking for their first. In terms of SAG history then, the field is a pretty even one as all five contenders are well-known by members.

One thing not working in Mulligan’s favor this year is that the last four winners in this category were all former winners: Renee Zellweger (“Judy”), Glenn Close (“The Wife”), McDormand (“Three Billboards Outside Ebbing, Missouri”), and Emma Stone (“La La Land”). The last instance of a first-time contender in the category winning was Jennifer Lawrence (“Silver Linings Playbook”) eight years ago. Like Lawrence, Mulligan has been both an ensemble and solo nominee before. Is this the path Mulligan will follow to her first win?

What differentiates Lawrence from Mulligan is that the former won the Comedy Globe Actress award while the latter fell short. Luckily for Mulligan that point is moot, as none of her rival SAG nominees won at the Globes either Since the guild will have to go their own way this year, Mulligan’s exciting performance could very well be the most appealing to anoint as the new frontrunner.