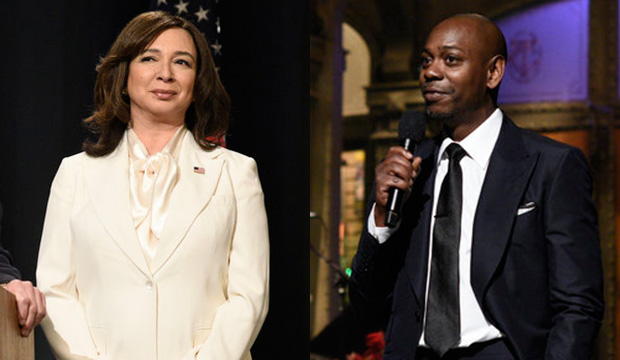 “Saturday Night Live’s” domination of the comedy guest categories at the Emmys is serious business. Since the sketch series was allowed to compete there 12 years ago, it has claimed 12 Emmys — six in each category (love the symmetry) — and it could very well bump that number up to 14 this year.

Last year, “SNL” swept Best Comedy Guest Actress and Best Comedy Guest Actor for two former cast members, Maya Rudolph and Eddie Murphy, respectively, after a rare year in which it did not win at least one of the categories. In 2019, “The Marvelous Mrs. Maisel” went 2-for-2 with Jane Lynch and Luke Kirby. It’s one of three years in which “SNL” got blanked in guest completely. The first was in 2013 when Melissa Leo (“Louie”) and Bob Newhart (“The Big Bang Theory”) triumphed over “SNL” rivals — the latter winning his long-awaited first Emmy. In 2015, Joan Cusack (“Shameless”) and Bradley Whitford (“Transparent”) scored trophies. Cusack lucked out in that she didn’t have to compete against an “SNL” nominee (the 2010 comedy guest actor race, won by Neil Patrick Harris for “Glee,” is the only male one thus far not to feature an “SNL” nominee).

Here are all of the show’s guest wins:

Rudolph, who won her first two career Emmys last year — the other being for her voice-over work on “Big Mouth” — could easily go back to back. She reprised her role as then-vice presidential nominee Kamala Harris in multiple episodes in the lead-up to the election in the fall. Then in March, she hosted her own episode. She’s in first place in our early odds over two former colleagues, Kristen Wiig (“SNL”) and Fey (“Girls5eva”), as well as Issa Rae (“A Black Lady Sketch Show”) and Anya Taylor-Joy (“SNL”).

In actor, it could be déjà vu as well as Chappelle is the early frontrunner. Just like in 2016, Chappelle hosted the first post-election episode, which just so happened to be the same day that the election was called for then-President-elect Joe Biden. Rudolph, of course, was also in that episode, which was notable for how quickly the “SNL” costume department worked to recreate the white pantsuit Harris had worn just hours earlier to deliver her acceptance speech. Chappelle could find himself up against a bevy of “SNL” rivals as fellow hosts Dan Levy, Rege-Jean Page and Chris Rock are all in the top five in addition to “Ted Lasso’s” Anthony Head.

If Rudolph and Chappelle pull off the wins, they’ll be in elite company. Rudolph would be the seventh woman to win comedy guest actress twice (Cloris Leachman has three) and the second to do it consecutively after Jean Smart, while Chappelle would be just the fifth to prevail in his category twice, just one win behind three-time champ Mel Brooks.