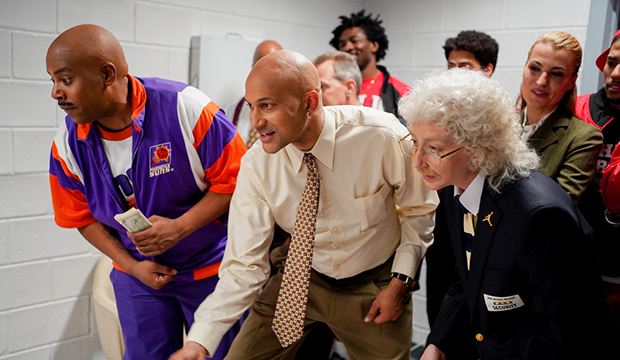 Will this be “Saturday Night Live’s” easiest Emmy win yet? The long-running sketch series is in first place in the Best Variety Sketch Series odds over “A Black Lady Sketch Show,” aka the literal only other nominee in the category.

Because just nine sketch series were submitted this year, variety sketch series only has two nominees, down one from last year. Prior to the sliding scale being established last year, the category boasted a locked six nominees from 2016-19. If that were still in place this year, that means two-thirds of the submissions would’ve been nominated.

Alas, it’s only “SNL” and “A Black Lady Sketch Show,” both of which were shortlisted last year (the third nominee, “Drunk History,” has since ended). “SNL” is the four-time defending champ in the category and has six series wins overall, counting its victories for Best Variety Series before the category was split into Best Variety Sketch Series and Best Variety Talk Series in 2015.

Six admittedly seems lows for a show that has been on the air for 46 seasons, but “SNL” had only won the old category in 1976 for its first season and in 1993 for its 18th installment. It proved to be no match for the late-night talk shows that controlled the category for the next two decades (hi, “The Daily Show with Jon Stewart”), but its Emmy fortunes changed when the category was split into talk and sketch.

“SNL” has been nominated every year since Best Variety Sketch Series was established. After losing the first two years to “Inside Amy Schumer” and “Key & Peele,” respectively, Lorne Michaels‘ brainchild has been cruising to wins. Its 2017 triumph — its first in 24 years — was for its resurgent 42nd season that covered the 2016 election.

Season 46 had its fun with the 2020 election and went all in with Maya Rudolph as Kamala Harris (Jim Carrey as Joe Biden was a choice though). The season produced several memorable sketches, notably Bowen Yang as the Iceberg That Sank the Titanic. Yang is nominated in comedy supporting actor, becoming the first featured cast member to earn a bid.

“SNL” netted 21 nominations, tied with “The Handmaid’s Tale” for the third most, while “A Black Lady Sketch Show” earned five. It’s a David vs. Goliath matchup here, and right now, it’s hard to bet against Goliath.