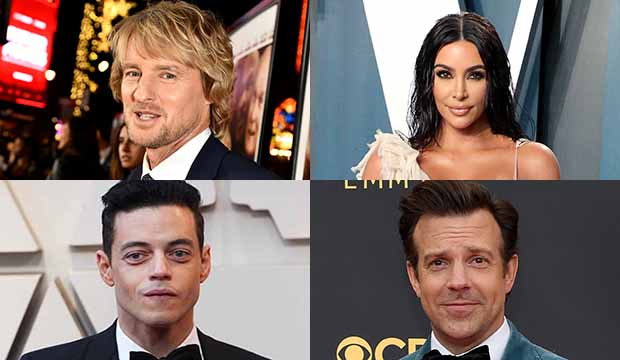 NBC announced the first four guest hosts and musical guests for Season 47 of “Saturday Night Live” on Wednesday. Owen Wilson, Kim Kardashian West, Rami Malek and Jason Sudeikis will each be making their first appearances on “SNL” as guest hosts. In addition to the traditional broadcast airing, the show will also livestream on Peacock at 11:30 p.m. ET; 8:30 p.m. PT.

Wilson hosts the premiere on October 2 with musical guest Kacey Musgraves (second appearance). He recently had the new Disney+ series “Loki” and stars in the film “The French Dispatch” on October 22.

Kardashian West hosts on October 9 with musical guest Halsey (fourth appearance). She has been an E! Network star and producer.

Sudeikis just won two Emmys for producing and acting on “Ted Lasso.” He hosts on October 23 with musical guest Brandi Carlile (first appearance). He was a longtime “SNL” cast member from 2005 to 2013.

As of last Sunday, the longtime variety program has now won 92 Emmy Awards, breaking its own record of 84 from 2020. The variety series took seven trophies at the previous weekend’s Creative Arts Emmys and one more for Best Variety Sketch Series at Sunday’s Primetime event. The next closest show in second place is “Game of Thrones” with 59 overall.

Two victories from a week ago were in the comedy guest categories, the second ones for both Dave Chappelle and Maya Rudolph hosting “SNL.” Chappelle was triumphant as Best Comedy Guest Actor. Over the past 12 years, other “SNL” guest actors to win have been Jimmy Fallon, Eddie Murphy and Justin Timberlake (see full list below). Rudolph won for playing Senator Kamala Harris and for hosting as Best Comedy Guest Actress. It was her second straight win, joining Tina Fey, Fey and Amy Poehler, Tiffany Haddish, Melissa McCarthy and Betty White.