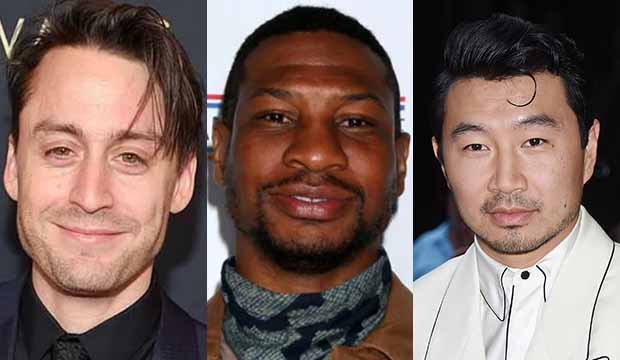 NBC revealed its November hosts and musical guests for “Saturday Night Live” on Tuesday. The November 6 episode will be hosted by Kieran Culkin with Ed Sheeran as musical guest. Jonathan Majors and superstar Taylor Swift are on board for November 13. Rising star Simu Liu hosts alongside Saweetie for November 20.

All three of these hosts will be making their first appearances for “SNL,” making it a clean sweep so far this season. The first four episodes were hosted by rookies Owen Wilson, Kim Kardashian West, Rami Malek and Jason Sudeikis (not really a true rookie since he was a cast member 2005-2013, but it still was his first time hosting). Musical guests in October respectively were Kacey Musgraves, Halsey, Young Thug and Brandi  Carlile.

Culkin is promoting HBO’s Emmy-winning drama series “Succession.” Majors has the new Netflix film “The Harder They Fall” debuting this week. Liu stars in the title role of Disney and Marvel’s “Shang-Chi and the Legend of the Ten Rings.” Sheeran makes his third apperance, while Swift returns for a fifth time. Saweetie will be joining for the first time.