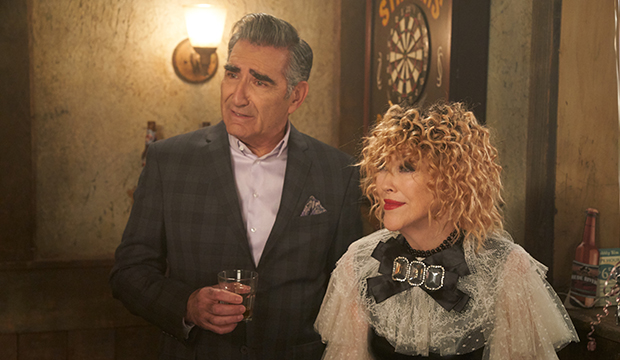 Last year, “Schitt’s Creek” went from the Odd Little Canadian Show That Was Just Happy to Be Nominated in 2019 to History-Making Comedy Series when it walked away with every single comedy award at the 72nd Primetime Emmy Awards, including the shiny gold statuettes for writing and directing. It was the first time in history that a comedy or a drama series had swept all seven categories, a feat that isn’t likely to be repeated, at least not very soon. Now the Pop TV show, which aired its final season last spring, is nominated for five awards at the upcoming Critics’ Choice Television Awards, which will be held March 7, and some are wondering if the series has enough momentum left to pull off another sweep.

It’s unfortunate for Levy and for the show overall, but it’s also not terribly surprising either. “Ted Lasso,” which follows Sudeikis’ college football coach after he was recruited to coach a Premier League team with no experience in the sport, has been on fire since its debut in mid-August, with critics and fans both praising the show and its leading man for being a fun, perfect escape from the events of 2020. The show has been doing so well, in fact, that AppleTV+ has already renewed it through Season 3.

But while “Ted Lasso’s” popularity with critics — the Critics’ Choice Television Awards are decided by the Broadcast Television Journalists Association (BTJA) — may hurt the elder Levy’s chances in the comedy actor race, the good news is that, as a co-creator and executive producer of “Schitt’s Creek,” he’ll still walk away a winner in March if/when the show takes home the award for Best Comedy Series. And that seems like more than enough for a series that was never about being ostentatious (well, outside of Moira’s wig collection, anyway).