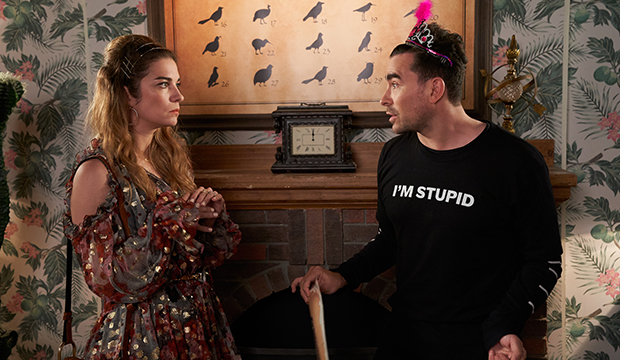 Levy fell to John Boyega (“Small Axe”), while Murphy was defeated by Gillian Anderson (“The Crown”).

The last performers from a comedy to win Best Supporting Actor and Best Supporting Actress were “Glee” stars Chris Colfer and Jane Lynch, respectively, 10 years ago, as part of a big night for the Fox hit, which also nabbed Best Comedy/Musical Series. Since 2000, there have only been five supporting champs from a comedy across both catch-all categories: Robert Downey Jr. (“Ally McBeal”) in 2001, Kim Cattrall (“Sex and the City”) in 2003, Jeremy Piven (“Entourage”) in 2008, Colfer and Lynch.

Comedies’ struggles in these categories are hardly shocking since the Globes don’t separate the supporting categories by genre, putting funny shows at an automatic disadvantage opposite far more serious fare from dramas, limited series and TV movies.

The “Schitt’s Creek” siblings and Emmy champs were the only comedic performers in their categories. Levy was in second place in the odds behind Boyega. Murphy was also in second — a very distant one behind Anderson.